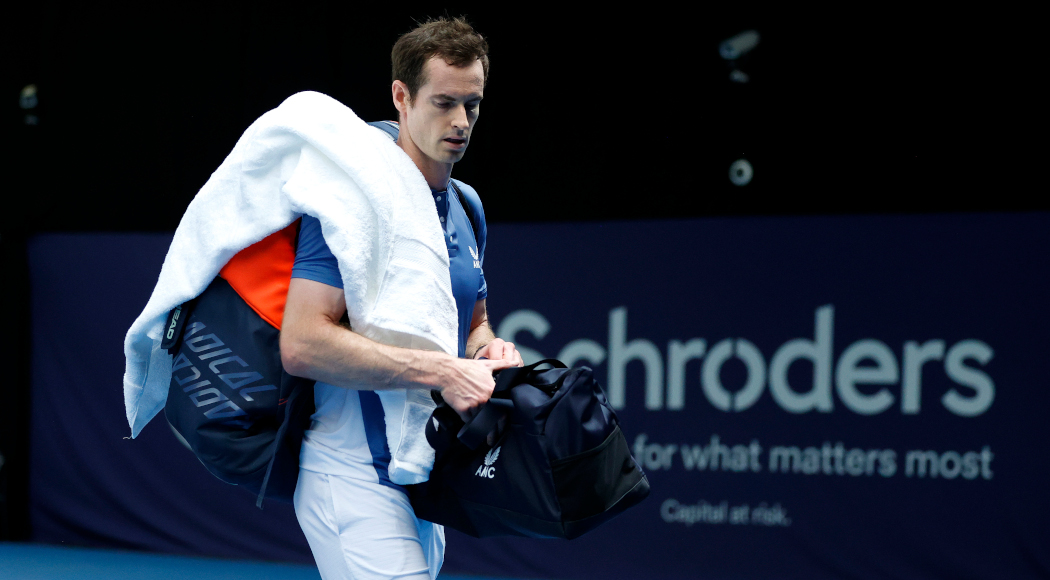 Andy Murray has withdrawn from the Battle of the Brits third-place play-off after a brutal four games in five days.

The Scot entered the exhibition tournament at Roehampton having not played competitively since November after suffering a bruised pelvis.

Murray lost out to British No.1 Dan Evans in the semi-final of the event co-organized by his brother Jamie and was set to take on Cam Norrie in the bronze medal decider.

But the three-time grand slam winner opted against participation, his four matches in five days contributing to just 30 in total since 2017.

James Ward will take the place of Murray, with Evans to take on Kyle Edmund in the final. The Lawn Tennis Association confirmed the 33-year-old’s exit on Twitter, stating: “Andy Murray has withdrawn from the Battle of the Brits third Play-Off. Andy has been substituted by James Ward.”

Murray was defeated 1-6 6-3 10-8 by Evans on Saturday, but the former world number one was pleased by his performance, vowing he is returning to a high level of play.

“I thought I started the match well and then like in all of my matches this week, my levels dropped off a bit after that,” Murray stated after his defeat.

“I’ve just not been able to sustain a high level for long enough. My game is there, I just need more time to practise and prepare and I’ll get there.”

Murray has specified he will next play in the Citi Open in Washington, arranged to start on August 14.

British No. 1 Dan Evans won the competition with a convincing 6-3 6-2 victory in the final over fellow Brit Kyle Edmund.

“It has been a long week and a great week,” Evans said. “All the players have loved it — that’s the truth. Everyone has been raving about the tournament. “It was pretty much like a Tour event this week. I didn’t think it would be this big but it turned out really well.”

On Saturday, Murray advised that the ATP’s revised calendar is not safe for players, who will be forced to skip major events due to the crammed calendar.