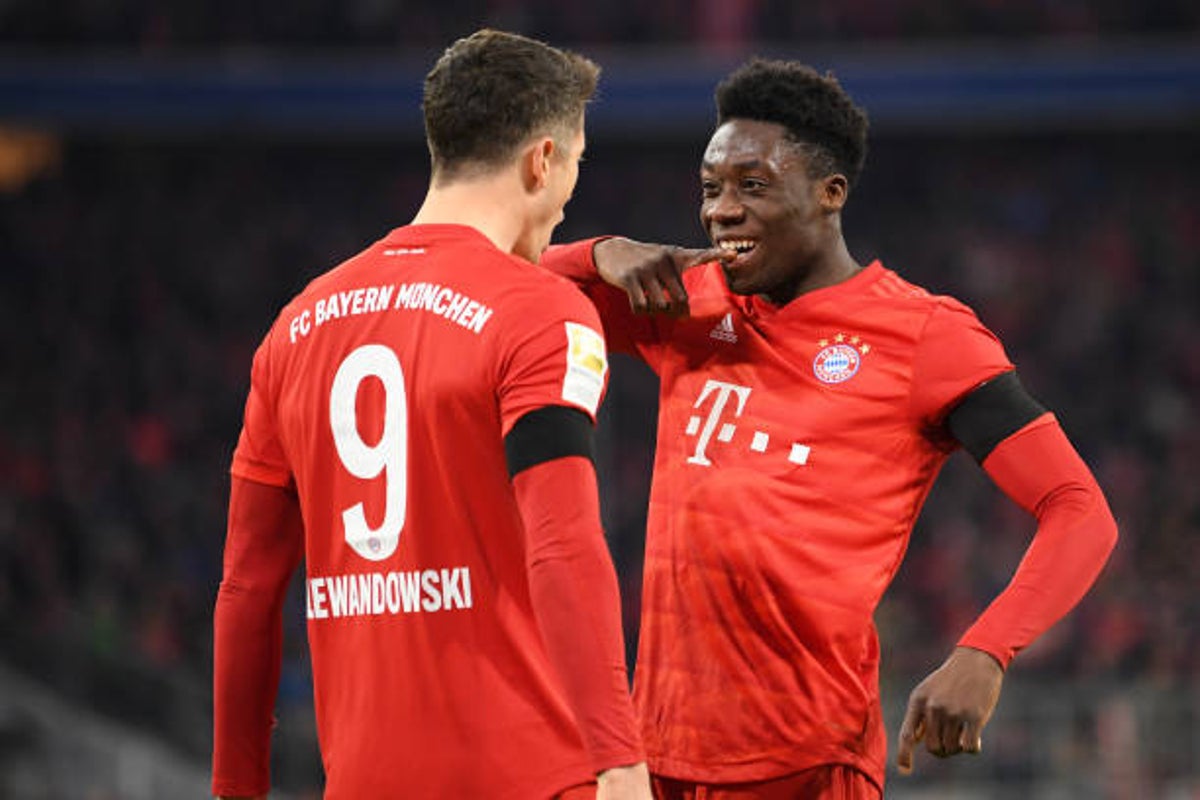 The German soccer league’s restart is complete. Borussia Mönchengladbach qualified for the Champions League and Fortuna Dusseldorf was relegated by a single point on the last day of the Bundesliga on Saturday.

Bayern Munich secured its eighth consecutive title two matches earlier and finished with a 13-point advantage over Borussia Dortmund in second. Bayern was presented with the trophy on Saturday, its chant of “champions” echoing around Wolfsburg’s empty stadium.

Bayern defeated Wolfsburg 4-0 to conclude on 100 goals for the season, one short of the record. Robert Lewandowski scored a penalty for his 34th Bundesliga goal of the season as the Polish forward finished as the league top scorer for the third season in a row.

Canadian international Alphonso Davies, who returned to Bayern’s lineup from suspension after a red card June 16 at Werder Bremen, played the full 90 minutes at left back.

The triumph completed a banner league season for the 19-year-old former Vancouver Whitecap, who became a fixture at left back, was voted rookie of the year and set a Bundesliga speed record when he was clocked at 36.51 kilometers per hour in the first half versus Bremen.

Davies cost Bayern $22 million US in July 2018, then an MLS record transfer. Born in a Ghana refugee camp to parents who fled the civil war in Liberia, he moved to Canada with his family when he was five, eventually settling in Edmonton.