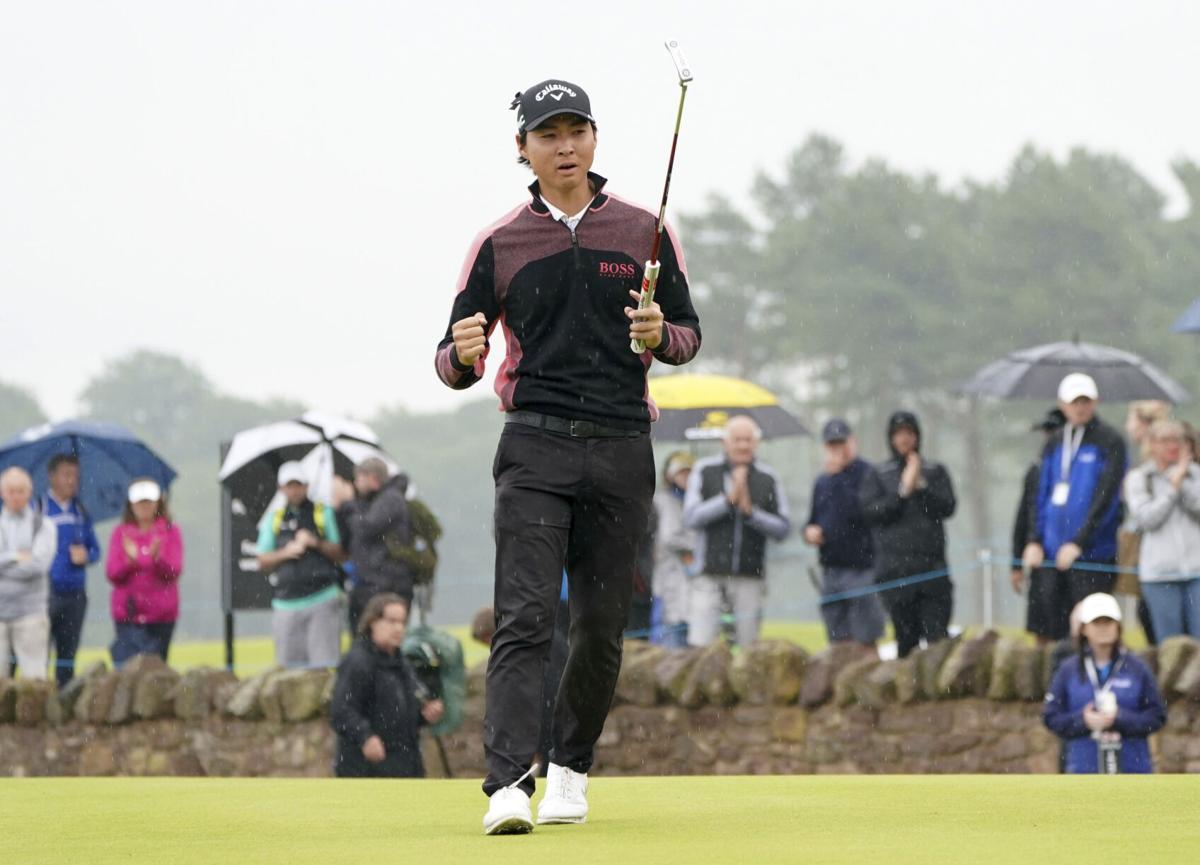 Australia’s Min Woo Lee edged out Thomas Detry and Matt Fitzpatrick in a three-way playoff to collect the Scottish Open in wet conditions at the Renaissance Club on Sunday.

With his second European Tour victory, Lee secured one of three places on offer at next week’s British Open at Royal St George’s, alongside Belgium’s Detry and Englishman Jack Senior.

A torrential rainstorm, accompanied by thunder and lightning, caused play to be halted for 1-1/2 hours in the late afternoon, before Lee finished with a seven-under-par round of 64 to set the clubhouse target at 18 under.

Overnight leaders Detry and England’s Fitzpatrick matched that total to force a playoff.

It was to last only one extra hole as Lee calmly rolled in a 10-feet birdie putt.

“I could have holed a few more putts, in regulation I missed it by a roll, that was painful but we regrouped and the tournament starts in the playoff, pretty much,” the 22-year-old said.

“It’s just crazy, I’ve kind of dreamt of it last night and people back home staying up late to watch me, sending messages.

“It’s awesome to do it here. I’ll enjoy this one.”

England’s Ian Poulter and American Ryan Palmer ended one shot back in a tie for fourth alongside Australia’s Lucas Herbert, who won last week’s Irish Open.

World No. 1 Jon Rahm came seventh at 16 under, with Americans Justin Thomas and Johannes Veerman a further stroke back. Senior, who led after the first two rounds before a 73 on Saturday, recovered with a 66 to finish tied 10th on 14 under alongside world number five Xander Schauffele.