Milos Raonic through to quarter-finals at Paris Masters 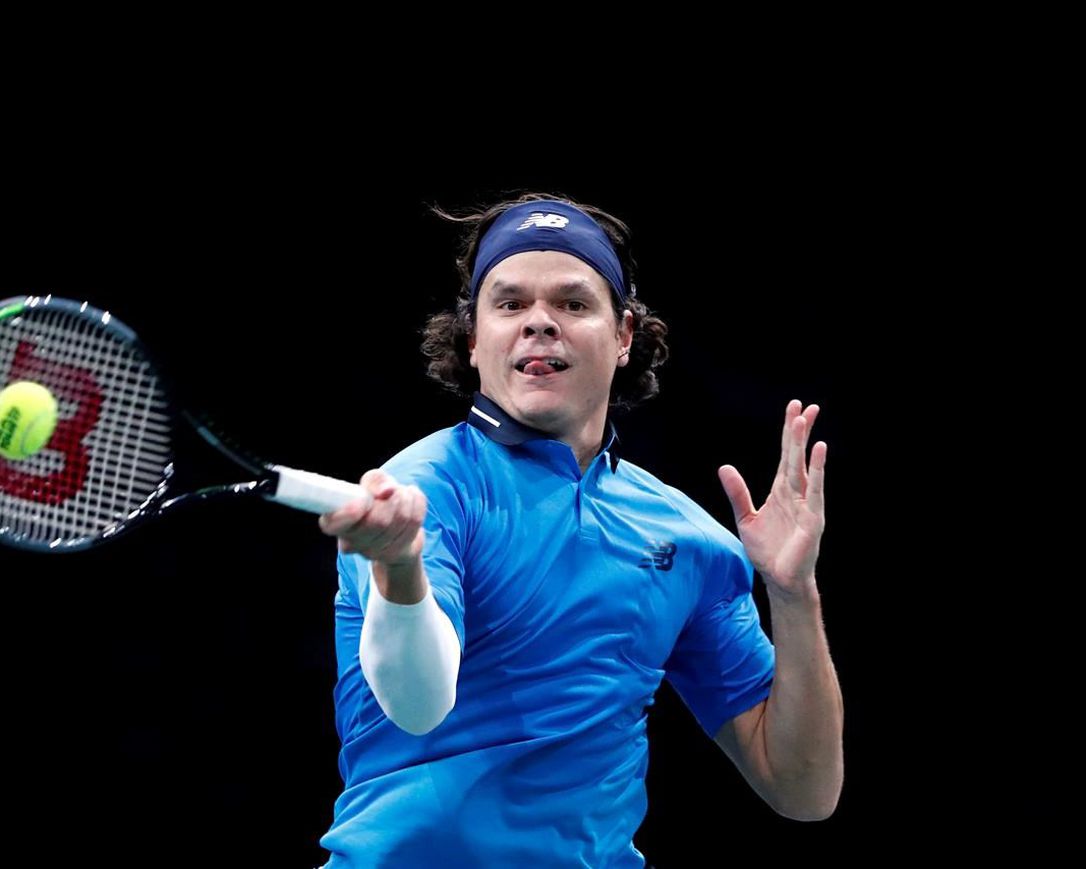 Canada’s Milos Raonic advanced to the quarterfinals of the Paris Masters tennis tournament with a 7-6 (1), 6-2 victory over American qualifier Marcos Giron on Thursday. The big server from Thornhill, Ont.

The big server from Thornhill, Ont., had 17 aces in the match that took just under one hour 22 minutes to complete.

The 29-year-old Raonic, a finalist at the indoor hardcourt event in 2014, next faces France’s Ugo Humbert, who defeated former U.S. Open champion Marin Cilic of Croatia 6-3, 7-6 (4), 6-3 to continue his strong form.

Humbert knocked out French Open semifinalist Stefanos Tsitsipas in the second round, and took his second title of the year two weeks ago at the European Open in Antwerp, Belgium.

It will be the first meeting between Raonic and Humbert.

The strong-serving Russian concluded with a 13th ace and next plays No. 6 Diego Schwartzman, the French Open semifinalist who routed qualifier Alejandro Davidovich Fokina 6-1, 6-1 to take a step closer to reaching the season-ending ATP Finals for the first time. “Diego is playing amazing at this moment,” Medvedev said. “His results are unbelievable.”

Schwartzman would qualify for the Nov. 15-22 tournament in London if he defeats Medvedev.