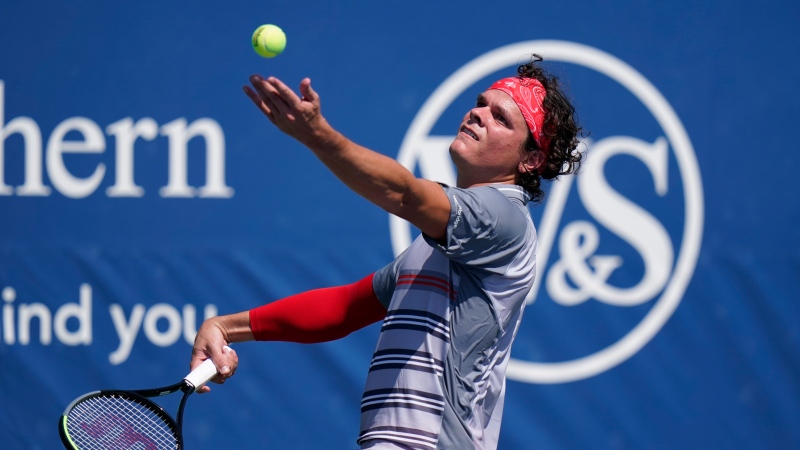 Canada’s Milos Raonic has advanced to the quarter-finals of the European Open.

“He made it very difficult for me,” Raonic stated. “I was a bit fortunate in some moments. I kept trying to give it my best and it came together for me.”

Raonic never faced a break point. He had 19 aces and won 89 per cent of points when he got his first serve in versus the world No. 70. Raonic lost just 10 points in 12 service games.

“The court is fast so it definitely helps me there, but also it makes it a little bit more difficult for me on the return,” Raonic said. “I think I can serve pretty well even on a slower court and I like to have my time.

“I have to be very disciplined here to be ready quick because even [for] a guy who doesn’t always necessarily have the best serve, if they hit the sports here with the quick court it can be effective.”

Raonic, ranked 19th in the world, will face No. 4 seed and world No. 20 Grigor Dimitrov of Bulgaria in the quarter-finals. Dimitrov leads the lifetime series 3-2.

Raonic is coming off a run to the semifinals of a tournament in St. Petersburg, Russia last week.

Canada’s Denis Shapovalov is out of the Cologne Championship after dropping his opening match.

The third-seeded Shapovalov, from Richmond Hill, Ont., lost 6-1, 4-6, 6-2 to France’s Gilles Simon in a second-round match on Thursday at the ATP Tour 250 hard-court event.

Shapovalov, ranked 12th in the world, was coming off a run to the semifinals at a tournament in St. Petersburg, Russia last week. Simon will next face Jannik Sinner after the Italian beat Pierre-Hugues Herbert 6-3, 6-1.

Montreal’s Felix Auger-Aliassime will play Japan’s Yoshihito Nishioka in the quarterfinals at the Cologne Championship on Friday.