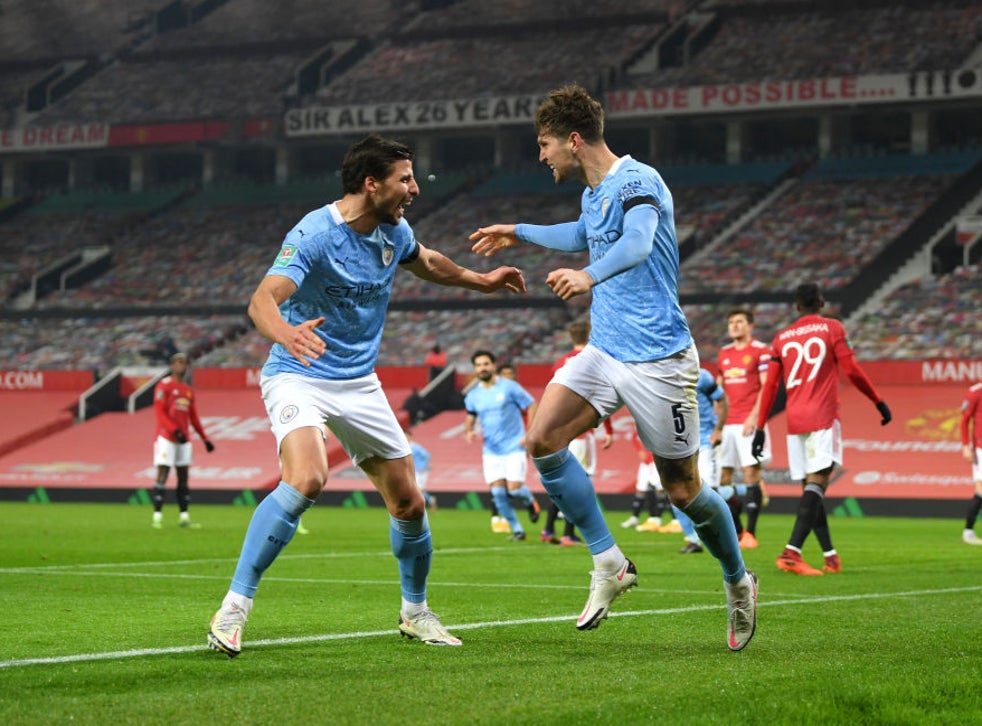 City will face Jose Mourinho’s Tottenham Hotspur at Wembley in the April 25 final as they seek their fourth League Cup triumph in a row.

Contracts have not been signed yet, but both sides have agreed to the five-round bout. UFC 258 takes place on Feb. 13. The promotion has not announced a location.

In a frantic opening to the game, both teams had efforts ruled out for offside with Stones turning the ball into his own net but being saved by the flag and Ilkay Gundogan converting a low ball in from Phil Foden but, again, the attempt was rightly ruled out.

Kevin De Bruyne struck the post with a thundering drive from outside the box before Foden also put the ball in the net for City but the visitors were foiled by offside once again.

It was an open and entertaining game with City looking sharper but United competitive as they sought revenge for last year’s defeat by their neighbors at the same stage of the competition.

City went ahead five minutes after the break when Foden whipped in a free kick from the left through a crowded box and defender Stones bundled a cross home at the back post, the ball going in off his thigh.

United keeper Dean Henderson produced a magnificent save to tip over a strike from Riyad Mahrez, after the Algerian had burst forward from the halfway line.

Fernandinho made sure of the win seven minutes from time with a stunning volley as he pounced on a headed clearance from Aaron Wan-Bissaka.

United have now lost at the semi-final stage in their last four Cup campaigns, leaving manager Ole Gunnar Solskjaer still searching for his first final since taking over at the club.

“We’re getting closer. This is a much better version of United than a year ago in those semis,” said the Norwegian.

“It’s not psychological, sometimes you meet good teams in the semis. City are probably the best team in England at the moment,” he added.

City entered the field in No. 8 shirts in tribute to former player Colin Bell who died on Tuesday and Guardiola said they had honored his memory. “It’s for Colin Bell and his family. He helped to build something special for this club. It’s an incredible victory for us to beat United away and it was for him absolutely,” he said.

“The team is ready and it was an outstanding performance. We dipped a little bit in the second half, we were tired…but when the team has this mentality they can do something incredible. It’s not the Champions League but four times in a row to reach the final — I’m so impressed,” he said.

Fresh off comeback player of the year award, Vasek Pospisil is aiming higher