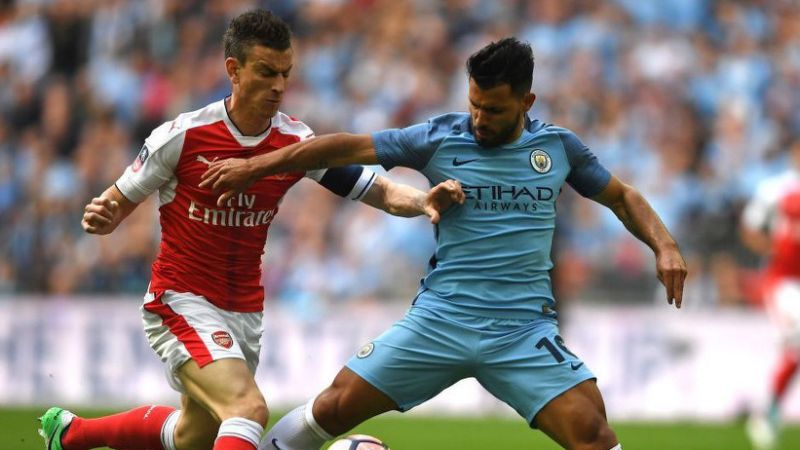 Manchester City have been handed a welcome boost ahead of Sunday afternoon’s Premier League encounter with Arsenal.

The two teams are separated by five places and 10 points in the table and will go into the game at the Emirates Stadium on the back of contrasting results.

Trips to Emirates have been fruitful for Pep Guardiola since taking over at the Eithad Stadium.

He’s been there three times as City boss and is yet to suffer a loss and has tasted victory in each of the last two seasons without conceding a goal. Oleksandr Zinchenko will be in contention to make his first Premier League appearance since the 2-0 home beat by Wolves at the start of October.

The Ukraine international has been sidelined after undergoing knee surgery which caused him to miss City’s games versus the likes of Liverpool, Chelsea and Manchester United.

However, he made a return to action on Wednesday evening and played the final 24 minutes of City’s win over Zagreb.

Barring any setbacks, Zinchenko is likely to be in the squad to face Arsenal and that will be a massive boost to Guardiola.

City haven’t really settled on a first-choice left-back this season with Benjamin Mendy not yet full trusted, while Angelino has looked shaky the games that he’s played.

Ljungberg made nine changes for the midweek trip to Belgium, with the likes of Mesut Ozil and Nicolas Pepe not even in the travelling squad, Both should return. Kieran Tierney is expected to be absent for a long period after dislocating his shoulder, while Granit Xhaka is also out because of concussion.

Hector Bellerin withdrew from the side to face West Ham because of a tight hamstring in the warm-up, but may be back, and Shkodran Mustafi is available having been suspended in the Europa League.