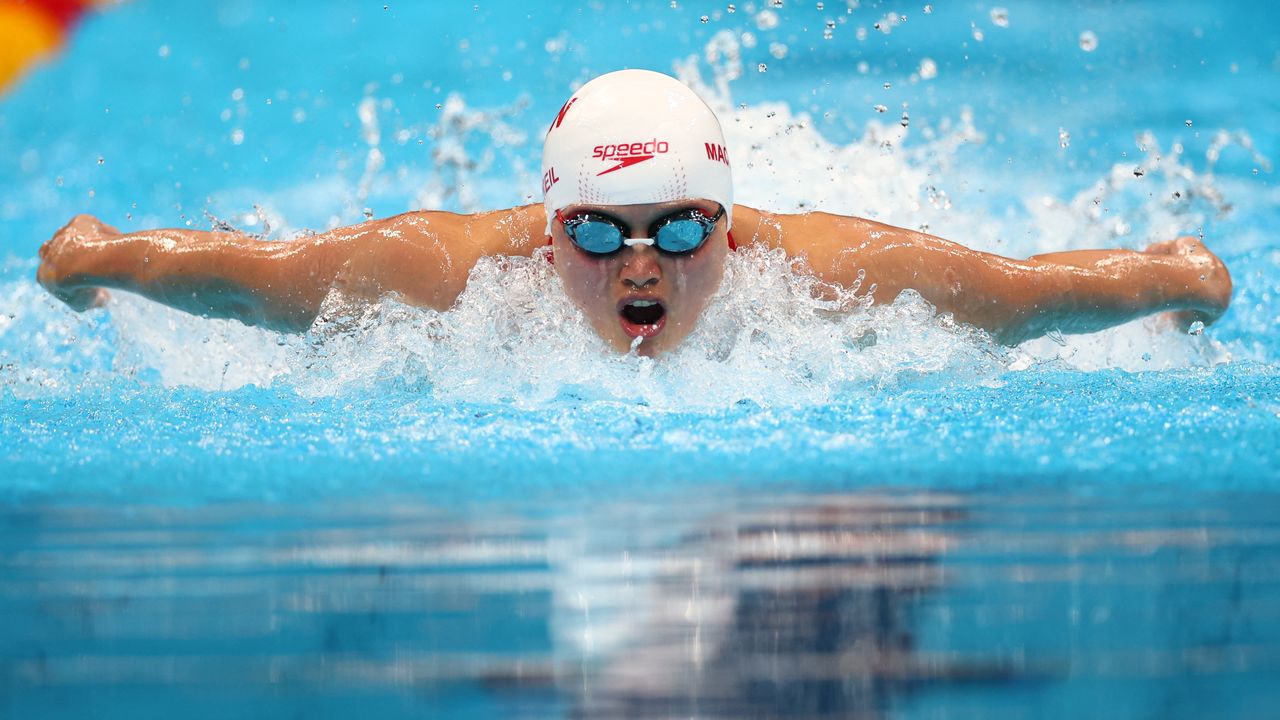 Canada’s Maggie Mac Neil swam to gold in the women’s 100-metre butterfly on the final day of the FINA short-course world championships in Abu Dhabi on Tuesday.

The 21-year-old from London, Ont., set a Canadian record with a time of 55.04 seconds after moving up from fourth at the opening 50. It is her fourth gold medal of the competition.

The three-time Olympic medalist was coming off a world record-breaking performance in yesterday’s women’s 50 backstroke (25.27), and she also helped Canada conclude first in both the mixed 4×50 freestyle and the women’s 4×100 freestyle.

17-year-old American phenom Claire Curzan took bronze while setting a junior record with a time of 55.39.

Canada’s medal haul continued later in the day when Mac Neil, Kylie Masse, Sydney Pickrem and Kayla Sanchez earned silver in the women’s 4x100m medley relay with a Canadian record time of 3:47.36 to close out the world championships.

The Swedish team of Louise and Sophie Hansson, Sarah Sjöström and Michelle Coleman won gold while breaking the European Record with a time of 3:46.20.

Earlier in the day, fellow Canadian Olympian Joshua Liendo of Markham, Ont., won bronze in the men’s 100 freestyle event after finishing strong with a time of 45.82 — just 0.26 seconds shy of Brent Hayden’s Canadian record from 2009 (45.56).

Alessandro Miressi won the race while improving on his Italian record with a time of 45.57, while American Ryan Held finished behind him for silver (45.63).