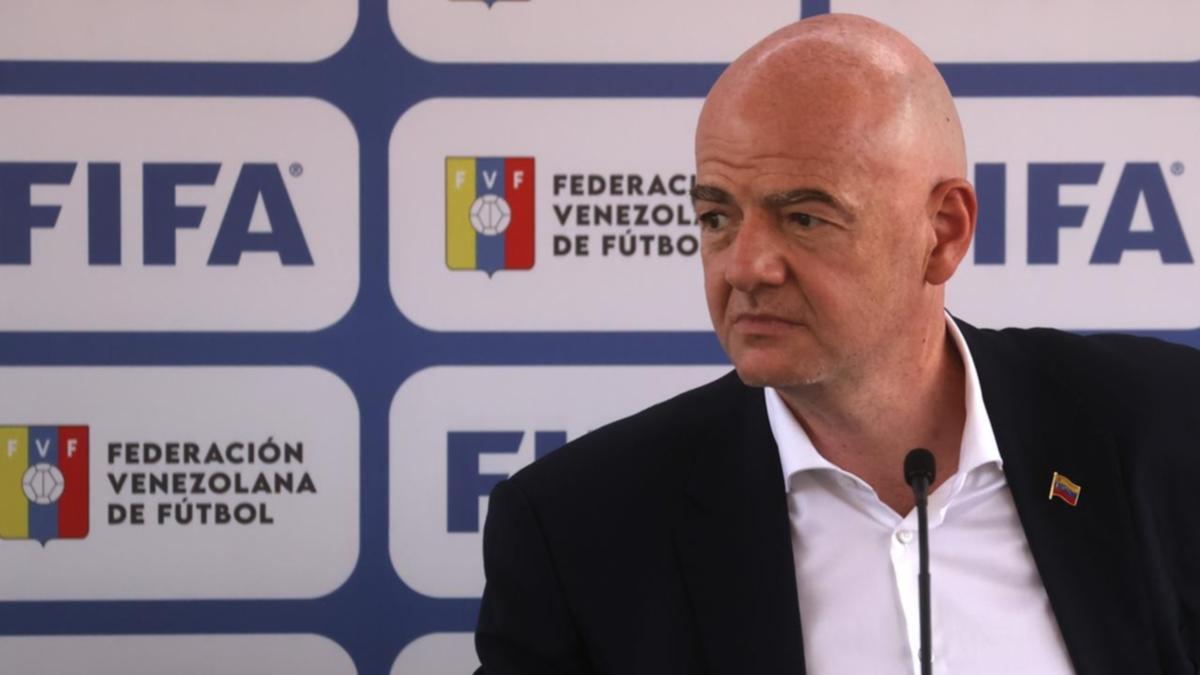 FIFA president Gianni Infantino considers he has majority backing for his biennial World Cup plan, after national football leaders were told the switch would create an extra $4.4 billion in revenues for the world body.

FIFA held a “global summit” of leaders of national football federations to discuss its proposal to increase the frequency of the World Cup from every four years to two.

The financial data forms part of an overall feasibility study, of which FIFA presented a summary on Monday with a full 700-page report set to be published.

The upbeat findings are in marked contrast to analysis put forward by critics of the proposals.

There has been opposition from European clubs, the top leagues and European governing body UEFA, whose president Aleksander Ceferin has threatened to boycott any additional tournament.

No vote is yet arranged for the plan, but Infantino stated a majority was in place for the idea but it needed to be dealt with as part of the broader overhaul of the international match calendar.

“If I was going to a vote tomorrow, probably the majority would vote in favor of a World Cup every two years,” Infantino told a news conference after the summit.

“But it is not the topic, we are looking at the entire calendar and how we can make football better and how many we can bring on board with a new way of organizing the future in football,” he added.

Infantino would not state when any vote would be held or whether it would be on the agenda at the FIFA congress in Doha on March 31.

One compromise solution has been floated by CONCACAF president Victor Montagliani, who heads the confederation for North and Central America and the Caribbean.

Montagliani told Reuters earlier this month that an additional tournament could be a revamped version of the old Confederations Cup rather than a full World Cup with a separate qualifying process.

Last month, a report commissioned by the World Leagues Forum stated the FIFA proposal, allied with changes to the Club World Cup could cost the big domestic soccer leagues and UEFA around €8 billion per season in lost TV rights and match-day and commercial agreements.

UEFA, on Friday, published a report that it had commissioned from consultancy firm Oliver & Ohlbaum that warned the changes to the international calendar would see revenues for European national federations drop between €2.5bn and €3bn over a four-year cycle.

The delegates at Monday’s summit were told that a report by Italian company Open Economics had found that the revenues of domestic leagues and UEFA competitions were not hurt by national team and international club competitions.

A report from Nielsen predicted that the biennial World Cup plan would see revenues rise from an expected US$7bn — for a 48-team tournament — to US$11.4bn over a four-year cycle thanks to increased ticket receipts and media rights and sponsorship revenues.

FIFA officials told the delegates that US$3.5bn of the extra revenue would go to a new “Member Association Solidarity Fund” with each national federation allocated around US$16m in a four-year period, while extra funds would also be given to the FIFA Forward Program for development projects.

FIFA stated that the funds would help reduce the gap in revenues between the developed and less developed football markets.

Along with UEFA, South American confederation CONMEBOL has opposed the proposal. Arsene Wenger, FIFA’s head of Global Football Development, said he hoped the debate would change in the coming weeks.