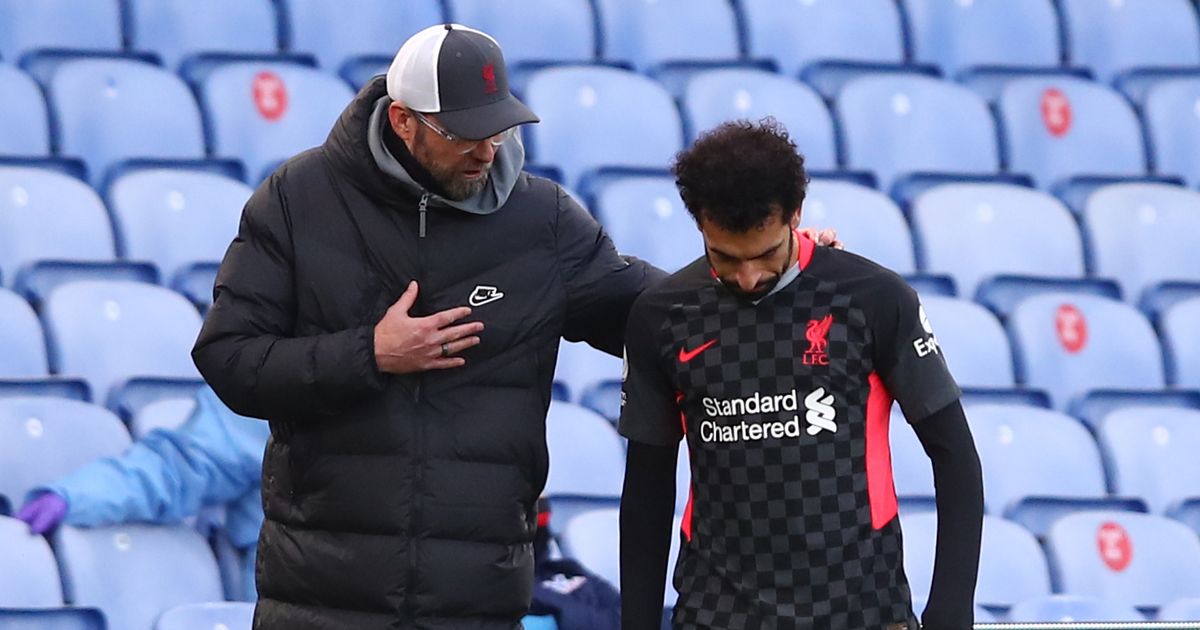 Liverpool boss Jurgen Klopp has rejected claims that Mohamed Salah could leave the club after the forward refused to rule out a move to Barcelona or Real Madrid in the future.

Speaking in an interview with AS, Salah stated his future was “in the club’s hands” but Klopp said the Egypt international is in good spirits at Anfield.

“We never speak [about contracts],” Klopp told a news conference ahead of Liverpool’s Premier League clash versus West Bromwich Albion on Sunday.

“Mo is in a good mood and moment, shape and that is the most important. You would have seen him laughing a lot [today].

“The rest is nice for you to write but internally, nothing really [to say].” Salah came off the bench to contribute two goals and an assist in Liverpool’s 7-0 triumph at Crystal Palace on Saturday.

Klopp said the result cancelled out the humiliating 7-2 defeat at Aston Villa earlier this season.

“7-0 is a number you don’t see often,” Klopp added. “After the [Palace] game my thought was we cancelled out [Villa]. We didn’t mention that game much to keep the lads going.

“It is not a benchmark. A good day, clinical finishing. The game was tough and the boys realised it.”

Klopp also stated Thiago Alcantara is making his “first steps” back to a full recovery but is still unavailable for the West Brom match.

If Salah is unsettled, it has not been reflected by his performances on the pitch this campaign.

He has scored 13 goals in as many league games, missing just one because of COVID-19 isolation.

It is his best start to a Premier League term, even better than his debut campaign when he went on to score 32 in 38 appearances having registered 12 goals at the same 14-match stage.

He came off the bench last Saturday to score a brace in the 7-0 thrashing of Crystal Palace.

“I think there are all these things to talk about: he didn’t start the last game, all the things I heard after about what could be the reason and then he came on and scored two,” said Klopp.

“I think in his first season he didn’t start against Stoke, came on and scored two. He obviously doesn’t need a long time.”

Klopp said he hoped his players would build on their lead over their rivals— they presently have a four point advantage over Leicester.

The Reds have a hectic schedule over the festive period with a home game with Newcastle next Wednesday and Southampton the following Monday.

“All the boys were in a good moment, that is why we have the points we have so far,” he said.

“Now it is much more important we really keep going. Everyone knows the toughest point of the season is now ahead of us.

“The Christmas period is always tough so we have to make sure we get through this with the right results.”