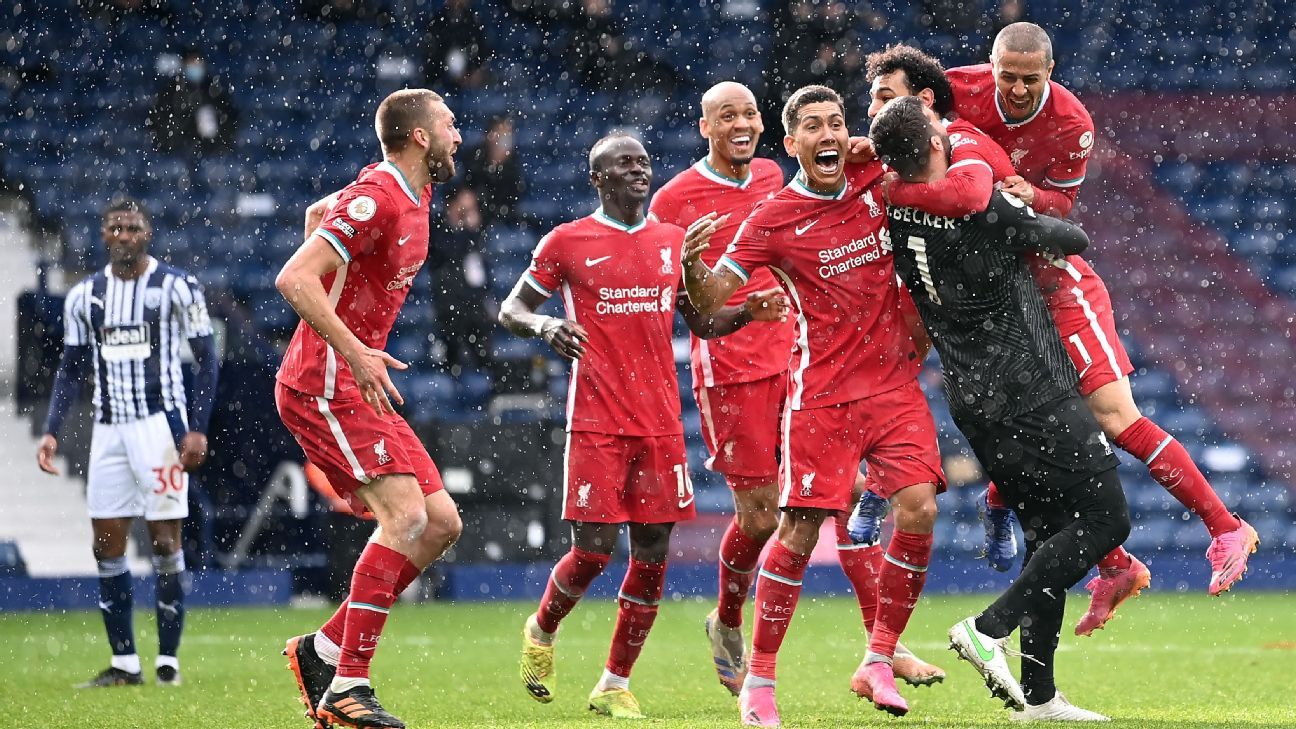 Goalkeeper Alisson scored a last-gasp winner to increase Liverpool’s possibilities of Champions League qualification with a 2-1 victory at West Brom on Sunday.

Mohamed Salah cancelled out Hal Robson-Kanu’s opener in the first half but Alisson grabbed a late header from a corner to score late and close the gap on fourth-placed Chelsea.

Jurgen Klopp’s side remain in fifth place but are now a point behind Chelsea with two matches to go.

Before the match, Klopp revealed that Diogo Jota will miss the rest of the campaign with a foot injury while Mane apologized for snubbing his handshake after the win at Manchester United.

It was West Brom who took the lead after 15 minutes when Robson-Kanu produced to fine curling finish past Alisson and score on his first Premier League start since 2017.

Mane should have equalized less than 10 minutes later but his close-range effort went past the post.

Liverpool did level the scores after 32 minutes after Salah’s strike from outside of the area found the bottom corner.

The visitors came close to a second moments later but Roberto Firmino’s shot rattled the crossbar.

Mane thought he had put Liverpool ahead four minutes after the break but his goal was ruled out for offside.

Just before the hour mark, Salah found himself on the end of a swift counter attack but his shot was saved by Sam Johnstone.

After 71 minutes, Kyle Bartley’s goal was ruled out by VAR with Matt Phillips adjudged to be in front of Alisson.

Liverpool had probabilities late on but Trent Alexander-Arnold blazed over from close range and Johnstone saved well from Thiago. But with the last action of the match, Alisson came up and grabbed a stunning winner from a corner to keep Liverpool in the race for the top four.