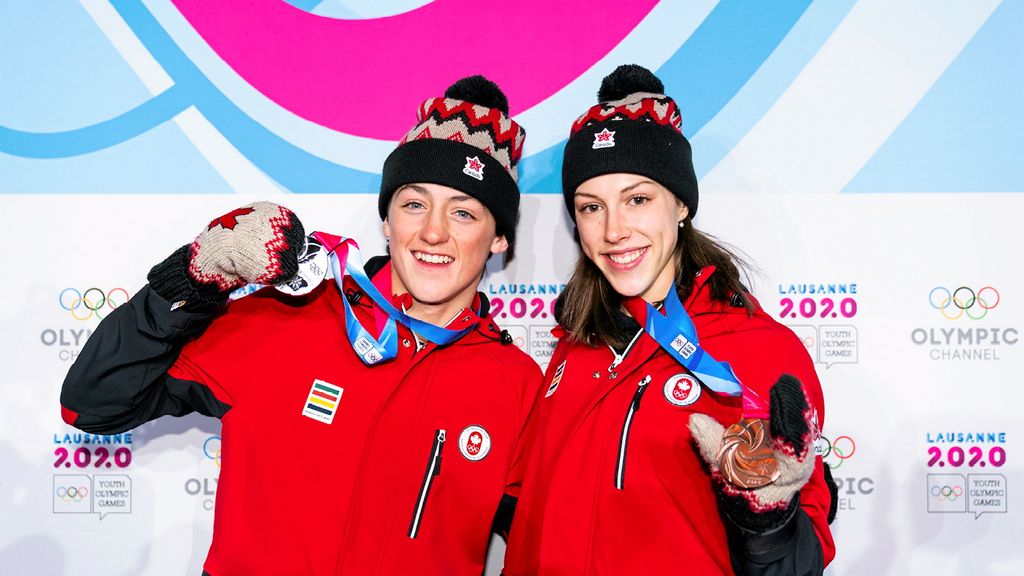 From a small town in Ontario to the Swiss Alps to a silver medal at the Youth Olympics.

It was a long journey getting to the Games for Canadian snowboarder Liam Brearley, but perhaps not quite as long as the one taken by his mother, sister and grandmother.

Delayed two days because of weather in Toronto and Montreal, Janis Brearley, Emma Brearley and Beth Brescacin were devastated because it seemed as though they were going to miss Liam’s first competition, which was scheduled for Sunday.

But in a twist of fate, high winds in the mountains postponed the competition until Monday, giving the trio time to get there after all.

“This is crazy. I’m so glad my family was here to see this. I’m stoked I put down a good enough run to come in second,” Liam said at the bottom of the hill. There were nerves going into the final three runs of the day for Liam, but he stated having family and friends watching helped calm him to deliver a second-place performance.

“I was nervous but we’re all friends here, especially in snowboarding. And I think that gave me the confidence to go out and put down a real good run,” Liam said.

Janis ran down the side of the mountain from where she watched, carrying a Canadian flag, and then wrapped her arms around her son.

“I’m so proud of him. It’s amazing to see him succeed at what he loves,” she said. “It’s been a roller-coaster of emotions. It’s been up and down like a slopestyle course.”

Liam’s three cheerleaders had shared tears in the Toronto and Montreal airports as weather delayed their flights, thinking they were going to miss a moment like Monday’s. They shared tears again on the mountainside, overwhelmed by their luck with weather forcing his event’s delay.

Brearley, 16, is a Grade 11 student from Gravenhurst, Ont. He received his first snowboard from his grandparents when he was just seven years old — a year later he competed in his first-ever competition.

He’s now a Canadian NextGen athlete on the junior national team, soaking up his Youth Olympic experience. “It’s such an honour to represent Canada like this,” Liam said.

He received his Team Canada gear for the Youth Olympics a week before Christmas and his mom says she’ll never forget her son’s reaction when it arrived.

“It was so fun. It was better than Christmas. He was opening the box and we went through it together,” Janis said.

It’s a silver-medal start for the young Canadian. And Liam thinks this is just the beginning. “I want to do this again. I want to be at the Olympics. Today was awesome,” he said.