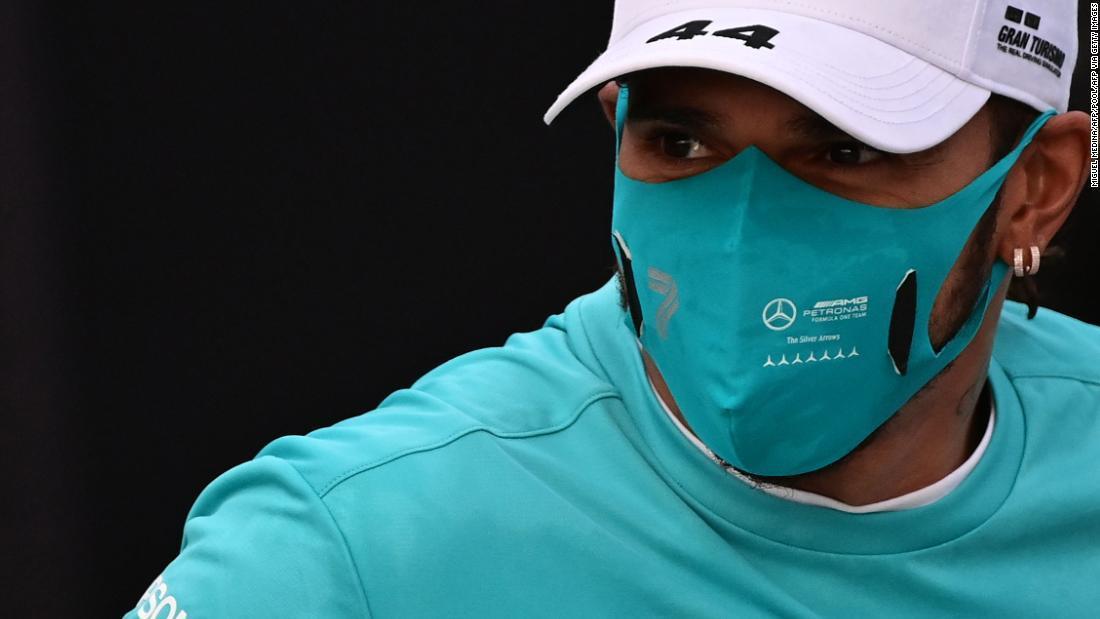 Lewis Hamilton has become adapted to making history and, at a rain-soaked Turkish Grand Prix, the Englishman put his name in the record books once again as he equaled Michael Schumacher’s record of seven world titles.

To win Formula One’s drivers’ championship at Istanbul Park, the Mercedes driver needed to end eight points ahead of teammate Valtteri Bottas and did so with ease in often treacherous conditions, securing a fourth successive title by winning the race after starting sixth.

Should he remain in the sport, Hamilton will be widely expected to add to his tally of world titles. But, whatever he achieves in the years ahead, his place in F1’s pantheon is assured.

“For all the kids out there who dream the impossible, you can do it too — I believe in you guys,” said Hamilton on his radio after crossing the finishing line for his 94th Grand Prix win.

It was a brilliant drive from one of the all-time greats.

After poor practice and qualifying sessions this weekend, question marks were raised as to whether Hamilton could win in Turkey. In wet conditions, it was Hamilton’s decisive call on tyres which eventually proved pivotal, with the Mercedes driver taking control halfway through the race.

After victory was achieved, Hamilton embraced his team and, with tears in his eyes, told Sky Sports he was “lost for words.”

“I have to start with saying such a huge thank you to all the guys that are here, and all the guys that are back at the factory … I wouldn’t be able to do this if I didn’t join this team and the journey we’ve been on has been monumental,” he said. “I want to say a big thanks to team LH for sticking with me all these years, and to my family. We dreamed of this when I was young and this is way, way beyond our dreams.”

Hamilton, who has equaled a record many thought was untouchable when Schumacher won his seventh title in 2004, received congratulatory messages from his fellow drivers, sports stars from around the world and the UK Prime Minister Boris Johnson.