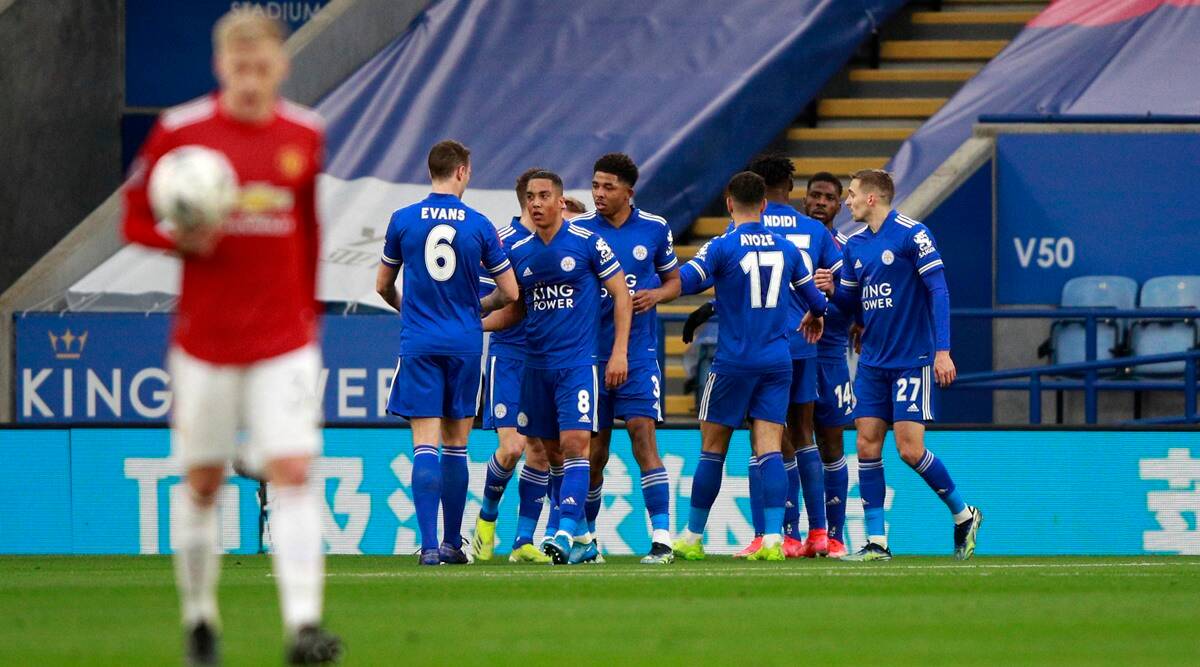 Brendan Rodgers’ side will face Southampton at Wembley with Chelsea and Manchester City meeting in the other semi-final.

Leicester, who lost to eventual winners Tottenham in the 1982 semi-final, were the more vibrant and positive team versus off-colour United as manager Ole Gunnar Solskjaer once again tasted defeat in the latter stages of a cup competition, his ploy of resting the likes of Bruno Fernandes and Luke Shaw failing to produce the desired result.

The Foxes’ hero was in-form striker Kelechi Iheanacho, who struck twice and now has nine goals in nine matches.

He took advantage of Fred’s awful backpass to round Dean Henderson to score in the 24th minute after the hapless Brazilian was played into trouble by captain Harry Maguire.

Mason Greenwood crowned a crisp United move to equalize before half-time but Youri Tielemans restored Leicester City’s lead with a fine low shot seven minutes after the break before Iheanacho took advantage of shocking marking at a free-kick to head in Leicester’s third after 78 minutes.

Injuries have robbed Leicester of the creative edge provided by James Maddison and Harvey Barnes, as well as the defensive excellence of James Justin, but they still had too much for miserable Manchester United here.

And it was fitting that the two players who got the goals to secure that precious semi-final place, and only their second victory over United in 23 years, were Iheanacho and Tielemans – the Foxes’ two most influential performers.

Iheanacho has had mixed fortunes since his £25m move from Manchester City in August 2017 but it is testimony to the player’s own attitude and persistence, alongside the patience and coaching of manager Rodgers, that he has re-emerged as such an influential figure.

He has always had the natural scorer’s instinct but here he provided goals and link-up play while the cultured Belgian Tielemans was the architect of most good things.

Leicester City will now face Southampton – the team they beat 9-0 at St Mary’s last campaign – but the prize at stake is now so enticing it is unlikely there will be a hint of complacency from Rodgers and his players.

There could have been nerves when Jamie Vardy missed the sort of opportunity he normally gobbles up at 2-1 but there was no wavering in self-belief and Iheanacho’s second sealed the deal.

Leicester are in a very favorable position in the Premier League’s top four and now have an FA Cup semi-final to look forward to in what is shaping up to be a potentially memorable season.