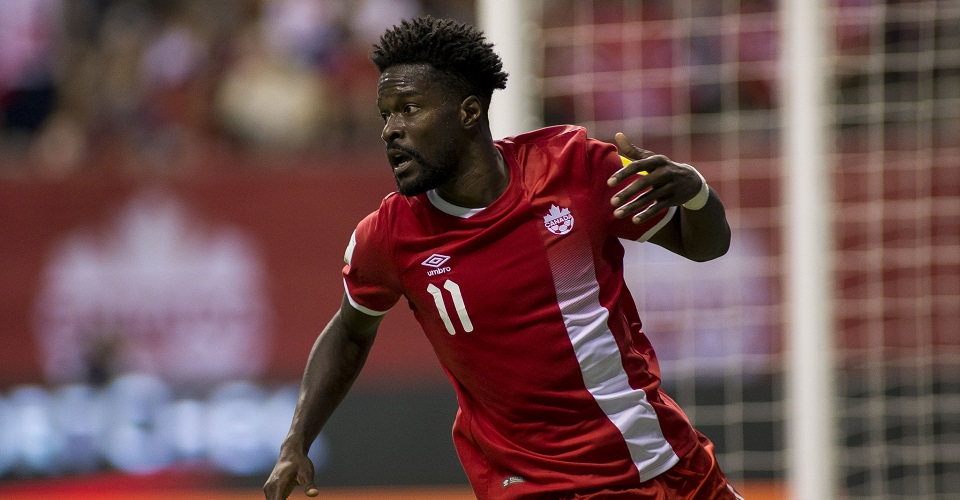 Larin, upping his Canada goals total to 11 in 32 matches, continued his banner season. The 25-year-old from Brampton, Ont., ranks third in the Turkish Super Lig with 14 goals for Besiktas and looks full of confidence.

Richie Laryea and debutant Theo Corbeanu also scored for Canada. Kane Critchlow replied for Bermuda with a second-half goal against the run of play.

Davies, meanwhile, was a persistent threat. The Bayern Munich star fullback, moved into a more attacking position by coach John Herdman, tormented defenders on the left flank while providing quality service to teammates.

Firmly in control, Canada led 2-0 at the half and it could have been much more.

Canada is ranked 37th in the world (seventh among CONCACAF countries while Bermuda is No. 169 (22nd in CONCACAF). Thursday’s game marked Canada’s first competitive match since a 4-1 CONCACAF Nations League loss to the U.S. on Nov. 16, 2019, at the same venue.

Bermuda gave up a number of early free kicks and Canada made them pay in the 19th minute when Larin, in a crowd, got his head to a curling set-piece delivery from Davies.

The goal seemed to discombobulate the Bermudians, whose shape started to evaporate. It was one-way traffic the rest of the way at Exploria Stadium.

Larin made it 2-0 in the 27th after Bermuda goalkeeper Dale Eve left his penalty box in search of the ball. Davies got there first and — as Eve scrambled to get back into position — fed it to Larin, who coolly beat a defender and slotted it in.

Laryea scored his first for Canada in the 53rd minute, beating Bermuda’s sloppy attempt at an offside trap before putting the ball past Eve.

Critchlow cut the margin to 3-1 in the 63rd minute after goalkeeper Milan Borjan spilled a cross from Lejaun Simmons. Critchlow was Johnny-on-the-spot, poking the ball in.

Larin scored his third in the 68th minute, set up again by Davies who had his choice of teammates to choose from in the box. The 18-year-old Corbeanu made it 5-1 in the 81st, tapping home a perfect low cross from fellow substitute Liam Millar. Larin and Laryea both came up through the Sigma FC program in Mississauga, Ont.