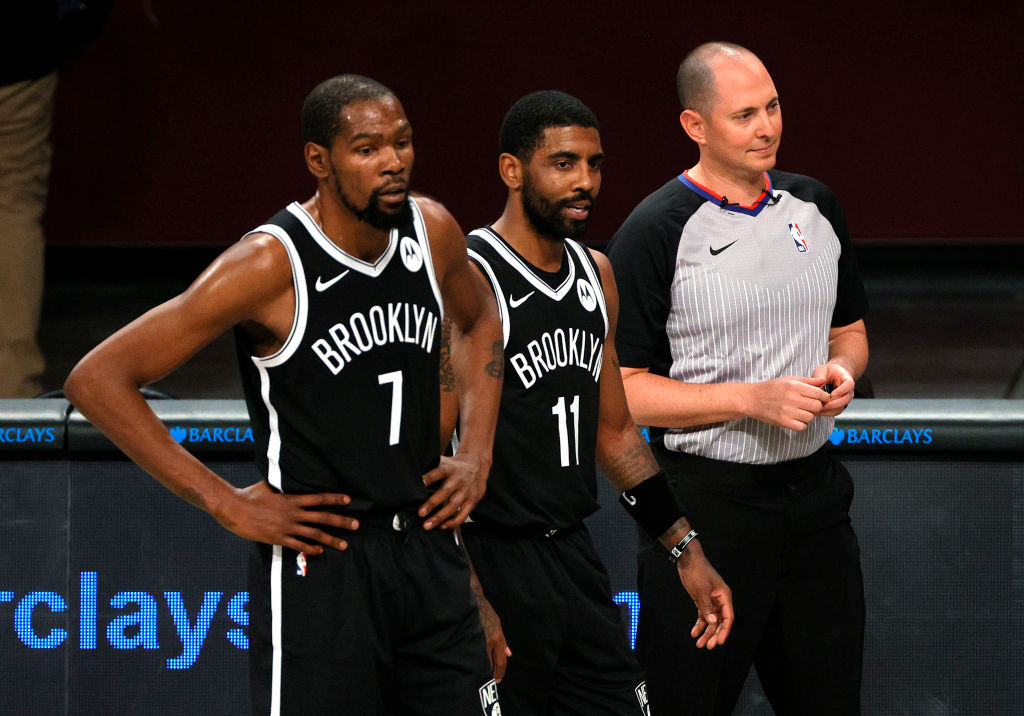 Ahead of the Nets’ season opener versus the Warriors, Golden State coach Steve Kerr sat down to watch some film of his former player Kevin Durant. He pulled up Brooklyn’s preseason game versus Boston and took in Durant’s first competitive play since tearing his Achilles in June of 2019.

“I didn’t know what to expect given that it’s been really a year and a half since his last game,” Kerr said. “But I could not tell one difference between seeing him 18 months ago and seeing him the other night.”

Durant has stayed away from making any sweeping edicts, but Kerr got a front-row seat to Durant’s dominance on Tuesday as he put up 22 points in a 125-99 victory against his former team.

And this time, it wasn’t a preseason warm-up. “I think we had a solid first start,” Durant said after the game. “So we want to build on it. I was looking forward to coming out here and getting a ‘W,’ and I was glad we were able to come out and finish the job.”

Durant drained midrange jumpers over Andrew Wiggins, elevated for one-handed slams, threaded the ball through defenders to find DeAndre Jordan at the rim and splashed in 3s. While he wasn’t on a minutes restriction, coach Steve Nash said before the game that he would be “thoughtful” with Durant’s playing time. He ended up out on the floor for 25 minutes.

Along with his scoring, Durant had 5 rebounds, 3 assists and 3 steals. He shot 7-of-16 from the field and didn’t miss from the free throw line in seven attempts. Durant stated that he didn’t feel he needed to prove that he would match his level of play in 2019 to make a point.

“I don’t think I have to show anybody anything,” Durant said. “I’m just going to come out there and just hoop … So, I don’t feel like I’ve got to prove myself, but I want to go out there and be able to do whatever Coach needs me to out on the floor.”

Warriors star Stephen Curry was able to sum up facing his former teammate in one word: “Awful.”

“With KD out there — the way that he looked, he looked all the way healthy, confident in his body, so it was good to see obviously from a health standpoint,” Curry said. “That means a lot to come off an injury like that.”

With Durant and Kyrie Irving leading the way, Brooklyn picked up steam quickly. The Nets jumped out to an 18-8 lead in the first quarter after Durant soared toward the basket and delivered an authoritative dunk. He racked up a quick 10 points in the first quarter, and Irving — who hasn’t played competitive basketball since February after injuring his shoulder — led the team with an early 17 points.

Irving — who nailed nearly impossibly deep 3-pointers and showcased his flashy, signature ballhandling — finished with a team-high 26 points. Irving said after the game that he was encouraged by the game, but has larger goals for the season. He said at times in his career, he was caught up “just trying to play ‘hero’ basketball.”

This season, he said, he is trying to focus more on collective team goals