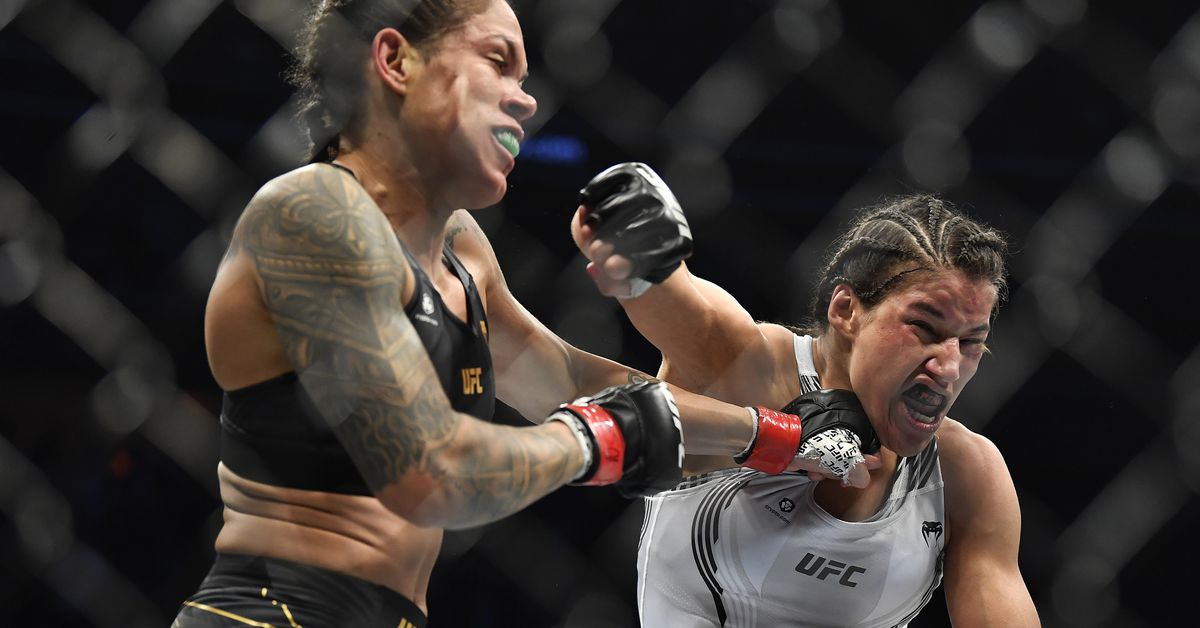 Julianna Peña swore she’d do it. She swore she would take out the greatest of all time in double champion Amanda Nunes. Next to no one believed her.

Then she went out and did exactly that.

Peña (11-4) scored one of the biggest upsets in mixed martial arts history on Saturday at T-Mobile Arena, as she submitted Nunes (21-5) in the second round of their bantamweight title fight. The finish came at 3 minutes, 26 seconds, after Peña hurt Nunes on the feet, took her to the ground, moved to her back and locked her in a rear-naked choke.

“I told you,” Peña said. “Don’t ever doubt me again. … She tapped and I asked the commission, ‘Is it over?’ He said, ‘Yes, you won.’ It didn’t [seem real]. It feels crazy. But I expected to win. The world is my oyster. You have the ability to do anything you want in this life.”

Officially, it is the fourth-largest upset in UFC title fight history, according to ESPN Stats & Information. The biggest remains Holly Holm’s triumph over Ronda Rousey for the 135-pound title at UFC 193 in November 2015.

Nunes, of Brazil, appeared to be well on her way to victory in the first round. She dropped Peña with a right hand about three minutes into the fight and spent some time near the end of the frame in top position. She smiled at Peña at the close of the round, and even offered a high-five before they went back to their corners.

The fight changed dramatically in the second round.

Peña, who is from Spokane, Washington, is not known as a fearsome striker, but she started finding an easy home for her straight punches. Nunes’ face turned red from shots to the chin, and she started to breathe heavier. She refused to back off or change tactics, however, electing to stand directly in front of Peña and trade shot for shot. She tried to land her fastball right hand, which has finished so many fights in her career, but mostly hit air.

“I did everything I could tonight,” Nunes said. “I trained hard for it. Congratulations to Julianna. She’s a warrior. I knew that the whole time. I’ll go back to the gym, train more and get the next one.”

It’s the first time Nunes has lost since 2014, when she dropped a bantamweight fight to Cat Zingano. Since that loss, Nunes had won 12 in a row and claimed belts in multiple weight classes. Her most recent two fights had been at 145 pounds, so this was the first time since December 2019 she’d had to cut weight.