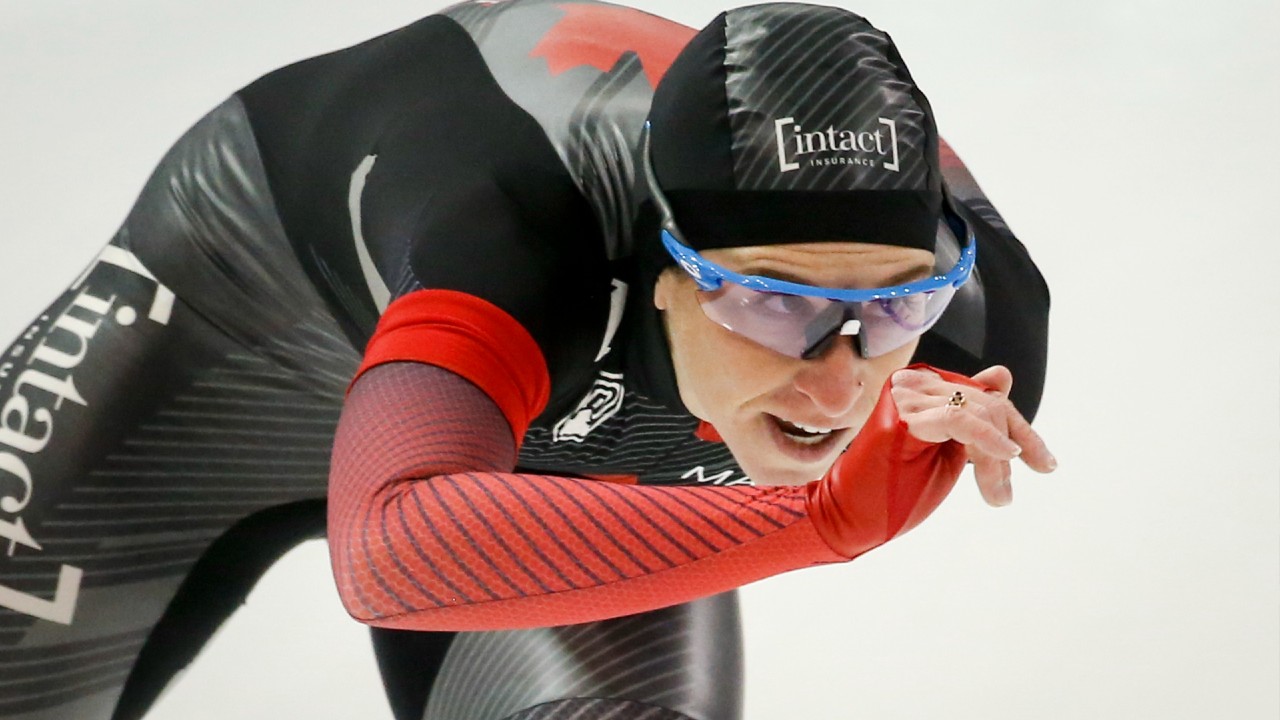 Ivanie Blondin raced to silver to highlight three more medals for Canada on the final day of the long-track speedskating World Cup at the Olympic Oval on Sunday.

Blondin, from Ottawa, climbed the podium in the women’s mass start event, while Laurent Dubreuil of Levis, Que., earned bronze in the men’s 500 metres and the Canadian men took bronze in team pursuit.

After helping the Canadian women win gold in women’s team pursuit a day earlier, Blondin won her second medal of the three-day event, concluding the 16-lap mass start event in a time of eight minutes 29.71 seconds.

“After such a long weekend and three races in the day, it’s tough mentally and it’s also very tough physically so I’m happy to just step on the podium at this point,” stated Blondin.

She was third in her mass start semifinal heat in the morning before finishing eighth in the women’s 1,500 in the early afternoon.

“Strategically, Lollo just had a better race than I did and that’s the name of the game,” said Blondin, who remains at the top of the World Cup standings ahead of Lollobrigida.

“Going into the last lap and a half, I was stuck out in the front and it was just a tiny bit too early so I missed a little bit at the end for the final 100 metres.”

Two days after setting a track record of 33.77 while also bettering Jeremy Wotherspoon’s 14-year-old Canadian record, Dubreuil had to settle for third in the men’s 500 metres on Sunday in a time of 34.06.

“It’s tough to come back from almost the perfect race and the best maybe I’ve ever felt in my skating career,” said Dubreuil, who leads the World Cup standings after reaching the podium in all eight races this fall.

“Eight medals in eight 500s is just unexpected and not something I would have even thought about doing. The most medals I’ve ever won in a World Cup season before this was five.” Russia’s Viktor Mushtakov won gold in 33.90, while Japan’s Yuma Murakami earned silver in 33.99. Alex Boisvert-Lacroix of Sherbrooke, Que., finished seventh, while Calgary’s Gilmore Junio was well back in 16th.