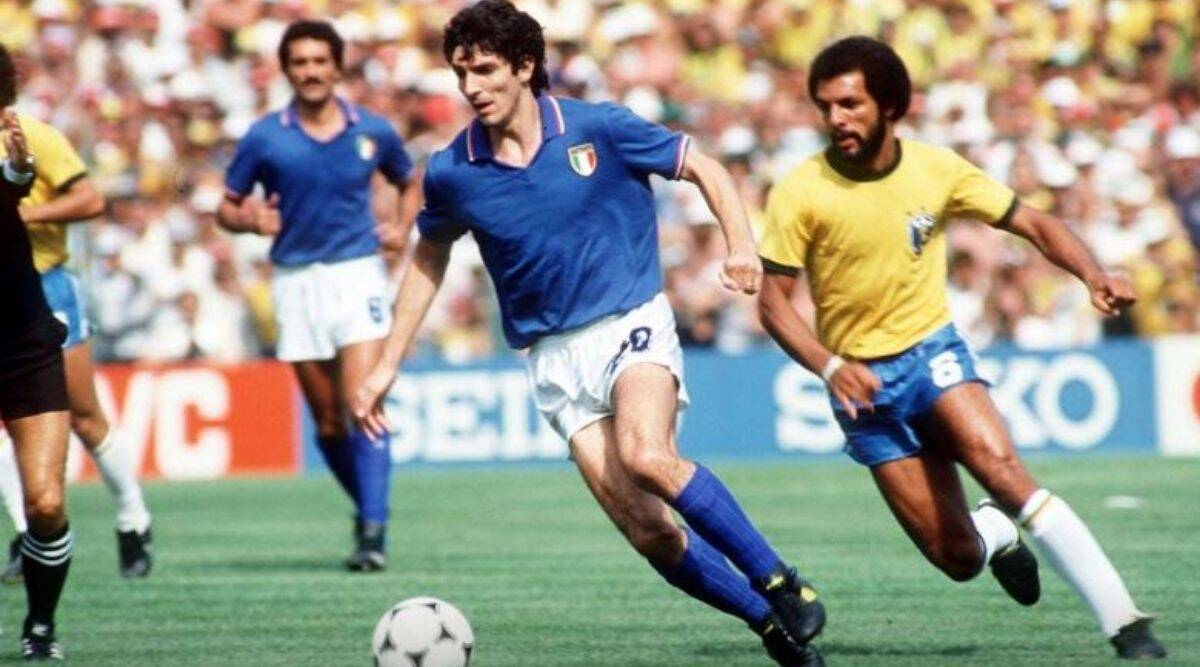 Italian soccer star Paolo Rossi died on Wednesday at the age of 64. Rossi’s death was revealed on the Italian television channel RAI Sport where Rossi had been working as an analyst.

Rossi, who was one of the top goal scorers in the sport’s history, helped lead Italy to a World Cup title in 1982. During Italy’s World Cup run, Rossi scored six goals and was awarded the Golden Boot for being the tournament’s top goal scorer.

In addition, Rossi is also one of only three players to earn all three major awards — Golden Ball, MVP of the Final Match, and Fair Play trophy — at a World Cup along with Garrincha (1962) and Mario Kempes (1978).

Rossi put his stamp on the 1982 World Cup with a hat trick in a 3-2 victory over Brazil.

In addition, the star forward scored both goals in a 2-0 semifinal win over Poland and scored the opening goal in a 3-1 win over West Germany in the World Cup final.

Rossi starred for Juventus and Milan among other teams during his 15-year career and tallied 134 goals in 338 club matches. During his time with the Italian national team, Rossi scored 20 goals from 1977 to 1986. The Italian star announced his retirement from the sport in 1987.

During his first four years with Juventus, Rossi helped lead the club to two Serie A titles, one European Cup, and one Coppa Italia.  In his club career, Rossi starred at L.R. Vicenza in the 70s, then moved to Juventus, winning two Serie A titles and the 1985 European Cup. In total, he retired with 103 goals in 251 appearances in the Italian leagues.

Rossi is the second World Cup legend to die in as many months, as Diego Maradona, who made his World Cup debut for Argentina in 1982, died of a heart attack in November.