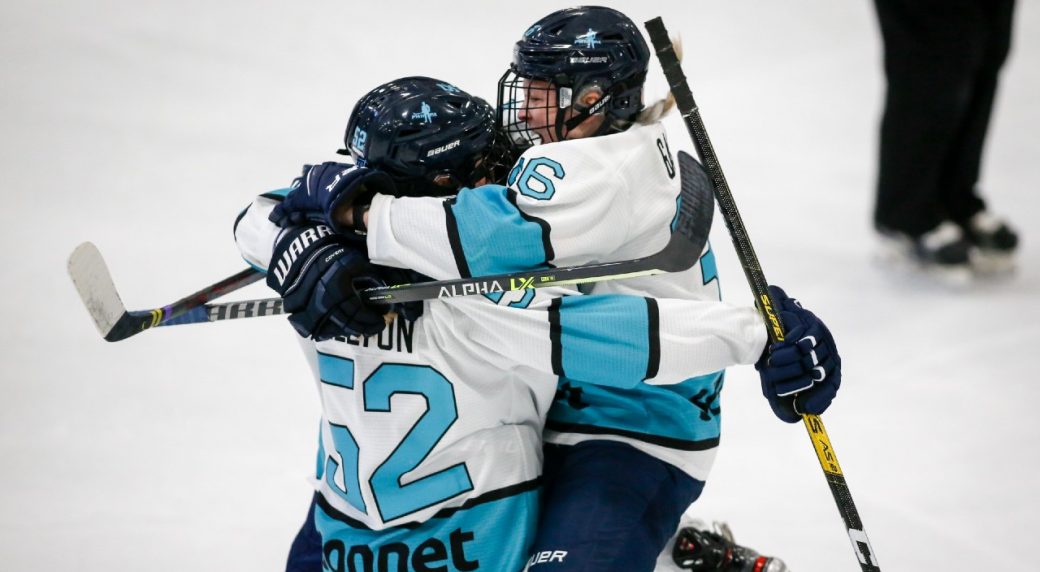 Victoria Bach, Loren Gable and Madison Field also scored for Toronto’s Sonnet team (1-1-0), which went ahead 5-0 in the first before Calgary’s Scotiabank squad responded with its first goal late in the period.

“I think overall as a team we were just happy with our transition game, middle-net drive, and it obviously paid off on a couple of those,” said Howard.

Amanda Makela made 20 saves for the triumph.

Meaghan Mikkelson, Blayre Turnbull and Sarah Potomak found the back of the net for Team Scotiabank (0-2-0). Kassidy Sauve stopped 31-of-39 shots in defeat.

“We’re just trying to get our feet under us, get some chemistry. The next couple games we can improve and get better. We’ve had spurts where we’ve played well and when we don’t play as well they capitalize. We have to minimize the mistakes,” stated Calgary’s Rebecca Johnston.

Team Sonnet returns to the ice Thursday to face Montreal’s Team Bauer, which opened the tournament Monday with a 3-2 victory over Toronto before topping Calgary 6-1 on Tuesday.

“Getting the first game under our belt was important, I think we kinda figured out what we needed to work on from there,” said Rattray.

Their goal is a sustainable league with a living wage and the competitive supports the men’s professional leagues have.

U.S. Open to use electronic line-calling technology on all tennis courts