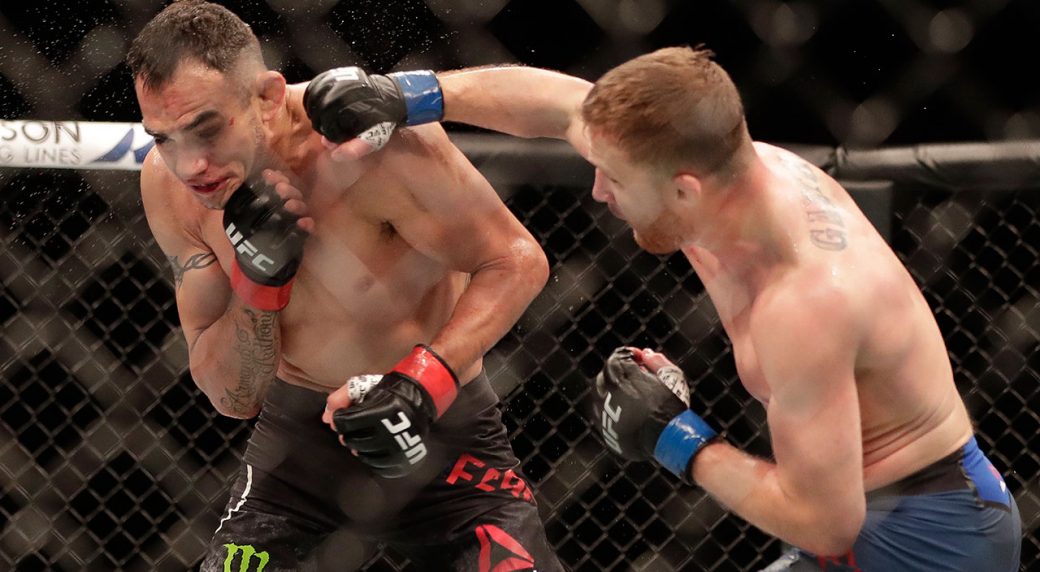 Tony Ferguson was on a 12-fight winning streak and programmed to face Khabib Nurmagomedov for the UFC lightweight championship.

For Ferguson, the April title fight could have been a crowning achievement many years in the making. But the coronavirus pandemic changed everything. Nurmagomedov was unable to leave Russia and return to the U.S. to fight, so the fight was canceled.

Plan B wasn’t so bad, though. Ferguson would instead face Justin Gaethje, with an interim title on the line. The winner would later get a shot at Nurmagomedov.

But that didn’t work out so well for Ferguson either. He fought Gaethje on May 9 and took a horrific beating in a fifth-round TKO loss.

Now Ferguson is back, facing Charles Oliveira in the co-main event of UFC 256 on Saturday in Las Vegas. Oliveira has won seven battles in a row, all finishes. He has more UFC submissions (14) than anyone else in the promotion’s history.

Will Ferguson still be feeling the effects of the May beatdown? At age 36, in his 30th pro fight, will “El Cucuy” still be on top of his game?

This co-main event, which will take place right before Saturday’s flyweight title fight between Deiveson Figueiredo and Brandon Moreno, is filled with intrigue, featuring two fighters known for being finishers and for their exciting styles.

Who will gain a leg up in the stacked UFC lightweight division?

Tony has got better standup and Oliveira is better on the ground, for sure. Tony should win it, because Oliveira is not that great of a wrestler. But once you look at momentum, you look at age, you look at the damage Tony has taken in his last few fights, all that looks good in Oliveira’s favor.

Eric Nicksick, Xtreme Couture MMA coach This is a crossroads fight for Ferguson. You hear UFC president Dana White talking about guys getting cut, it makes you think: If Yoel Romero is on the chopping block, who else is? This fight is very interesting to me in a lot of regards.

Ferguson is a staple in the lightweight division, a perennial top-five guy. Oliveira has dabbled at 145 pounds and has looked good at 155.

Honest to god, Oliveira is a tough guy to bet on. I don’t know if I want to put money on this guy or not. He’s lost in some weird fashion.