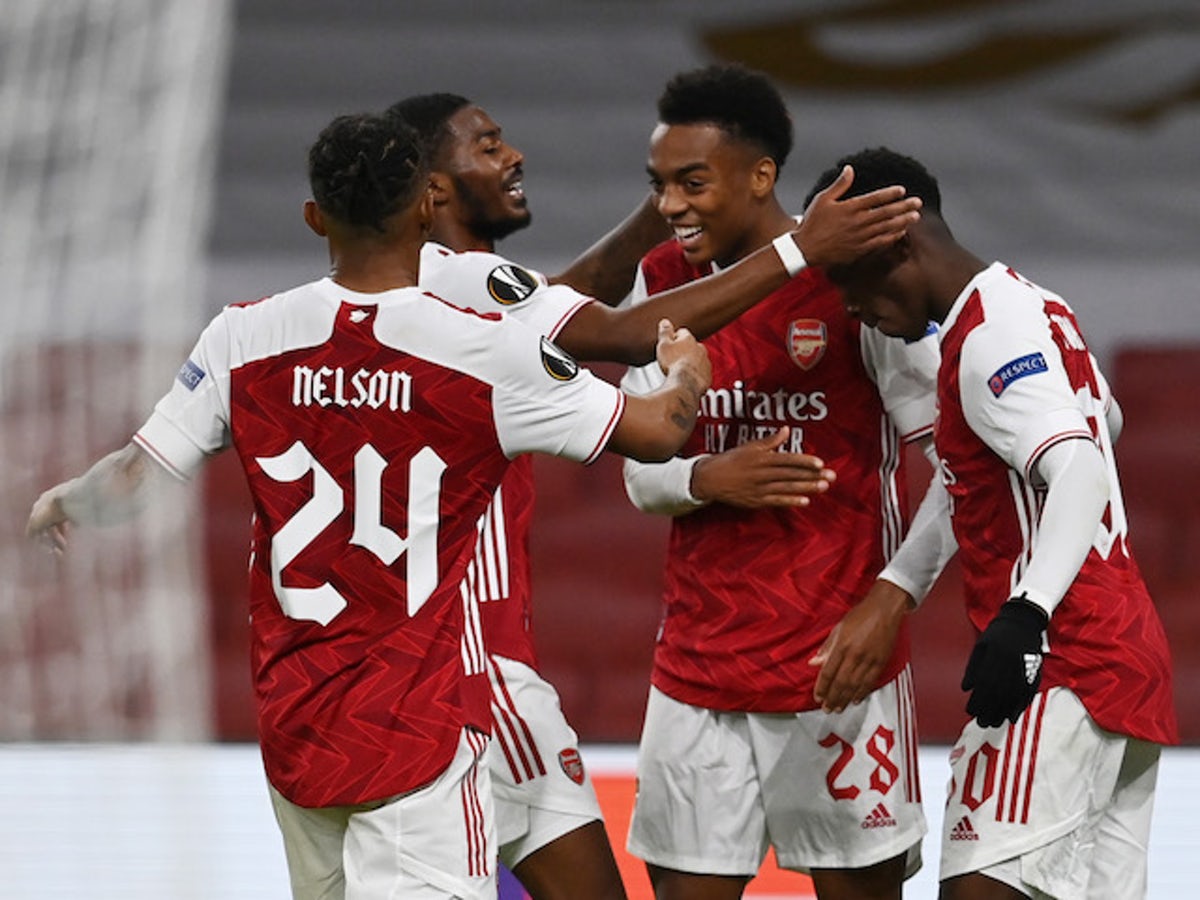 Arsenal capped a perfect run through the Europa League group stage with a 4-2 triumph at Dundalk on Thursday.

Edward Nketiah saw his hard work pay off on 12 minutes when the forward chased down a defender and intercepted an attempted clearance before dinking over the keeper from inside the box.

Mohamed Elneny scored a sensational goal six minutes later — the Egypt international unleashing an unstoppable hit from 25 yards out that left goalkeeper Gary Rogers no chance despite a desperate dive.

The goal was Elneny’s first for the club in three years.

The hosts pulled a goal back four minutes later through Jordan Flores whose shot from inside the box beat Runar Runarsson in the Arsenal goal.

Mikel Arteta’s men restored their two-goal advantage when Joseph Willock struck in the 67th minute with a low-and-hard shot from close range that snuck under Rogers who was unfortunate not to save.

Substitute Folarin Balogun added further gloss 10 minutes from time with a cool, side-footed finish from the left after Nicolas Pepe rolled the ball invitingly into his path.

Dundalk then completed the night’s scoring in the 85th with a fine Sean Hoare header from a set-piece situation.

Arsenal, who scored 20 goals in the six group games, will discover their last-32 opponents in Monday’s draw in Nyon, but Arteta was focusing Sunday’s Premier League game versus Burnley. Arsenal are 15th in England’s top flight with 13 points from 11 games, three places above Burnley who are in the relegation zone.

“We need to start winning football matches immediately. We know that has to start on Sunday,” Arteta added.