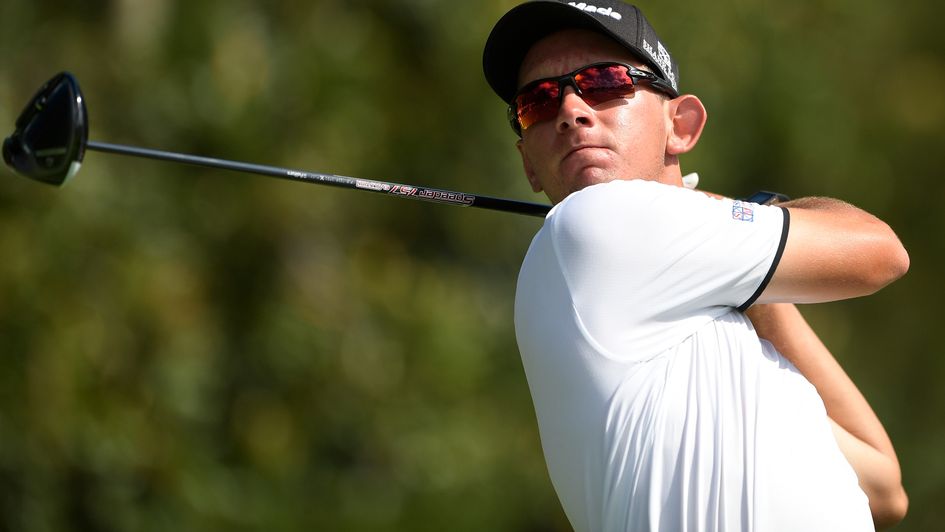 Lucas Herbert and Brett Rankin shared the first-round lead at the Australian PGA Championship after carding 5-under 67s on Thursday at Royal Pines.

The Australian pair were one clear of a group of five players including New Zealander Ryan Chisnall, while Adam Scott and Stewart Cink were three back after opening 70s. Two-time defending champion Cameron Smith was 2 over.

Herbert went birdie-birdie-eagle in still morning conditions to start his round before a run of three bogeys. He added four birdies on the back nine to finish before the breeze picked up.

Scott and 2009 British Open winner Cink were among the later starters and had to deal with trickier conditions. Scott, the 2013 Australian PGA champion, made long-range putts for eagle and birdie to stay in touch despite a double bogey on the par-4 13th hole, when he hit into the water off the tee.

“I’m putting good. I’m playing good. Unfortunately I really miss-hit that drive off 13 and it cost me,” said Scott, who is chasing his first title since 2016. “Other than that, it was pretty much stress free. I was very happy with it because it wasn’t very easy out there.

Smith, aiming to be the first player in more than 100 years to win three consecutive Australian PGA titles.

Smith said he lacked energy after an emotional Presidents Cup last week in Melbourne, where he and Scott were part of the International team that gave up an early lead before losing to Tiger Woods’ U.S. team.

He was even at the turn but had two bogeys and a double-bogey in a three-hole sequence.

“I’m just tire. Just a long couple weeks. It was as easy as it’s going to get out there this morning, so it was pretty disappointing to shoot what I shot,” he said.

Lowry has triple double in Raptors´victory over pistons