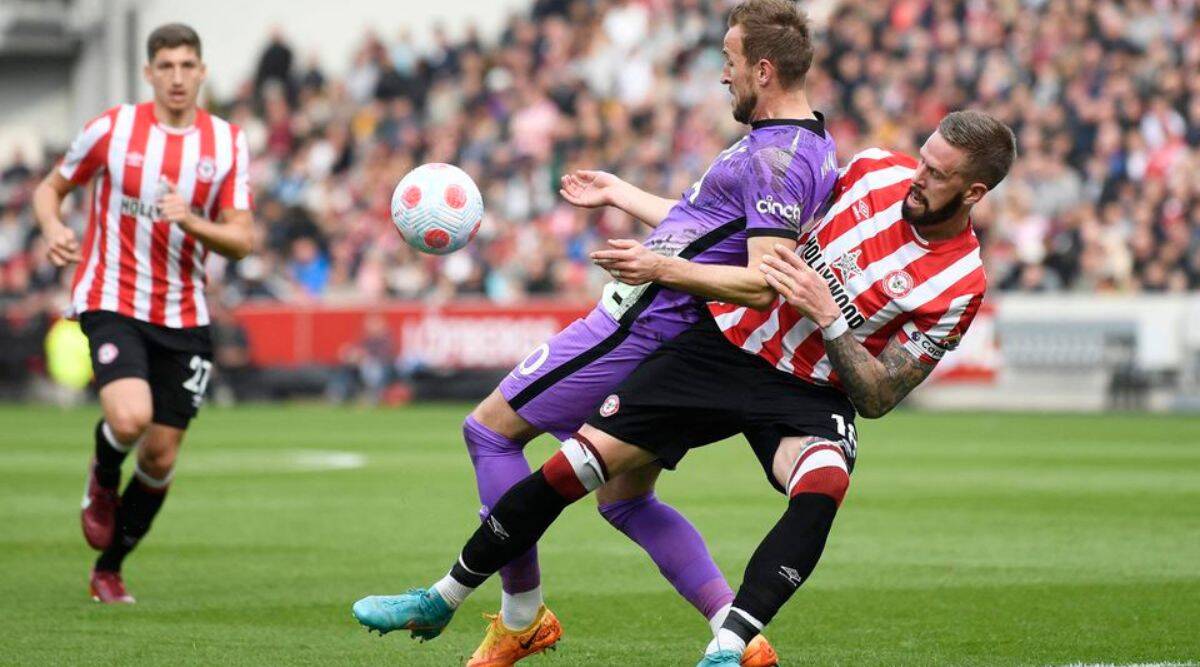 Harry Kane shook off his World Cup disappointment to spark a Tottenham Hotspur revival in an entertaining 2-2 draw at Brentford on Monday as the Premier League roared back to life.

An early goal by Vitaly Janelt and Ivan Toney’s close-range strike shortly after the interval put Brentford 2-0 up as Spurs struggled to deal with their hosts.

But Antonio Conte’s side have made a habit of playing their best football when trailing and so it proved again.

Kane, whose missed penalty just over a fortnight ago condemned England to a quarterfinal defeat by France, headed home in the 65th minute to give his side a lifeline.

Pierre-Emile Hojbjerg, one of five Tottenham starters who featured at the World Cup, leveled with a calm finish and Kane almost won it with a header against the crossbar.

Tottenham are in fourth place with 30 points while Brentford are ninth ahead of the rest of the day’s fixtures.

Forty four days after the Premier League shut down for the first mid-season World Cup, all eyes were on those players involved in Qatar and especially Kane.

The striker equaled England’s international scoring record with his 53rd goal in the clash with France but the abiding memory of that evening was his late missed penalty as England suffered a 2-1 defeat.

Kane, along with most of teammates, was barely in the game at Brentford before half time.

But any suggestion his England heartache might weigh him down were answered when he rose to meet Clement Lenglet’s cross and plant a header past David Raya.

It instantly galvanized a Tottenham team who have trailed in six successive Premier League games and six minutes later a superb passing move ended with Dejan Kulusevski’s cut back reaching Hojberg who coolly shot past Raya.

Tottenham suddenly appeared full of energy after their early lethargy and looked like taking all three points as they finished the game in dominant fashion.

It could not have been more different from the opening 55 minutes as Brentford continued where they had left off last month in a shock win over champions Manchester City.

They were physically superior to Tottenham, quicker to the ball and offered far greater threat on a crisp Boxing Day morning in south west London.

Brentford took the lead in the 15th minute when Bryan Mbeumo’s deep cross was met on the volley by Mathias Jensen and the ball was only half stopped by Spurs keeper Fraser Forster, in for the rested France keeper Hugo Lloris, before dropping for Janelt to convert from close range.

Tottenham responded with Kulusevski creating a couple of opportunities but Brentford were denied a second goal before halftime when Toney’s effort was deemed offside.

When Toney did make it 2-0 in the 54th minute with a tap-in from a corner comically conceded by Tottenham defender Eric Dier with a sliced clearance, it appeared Brentford were in complete control but Tottenham suddenly flicked the switch.

Conte’s side have now earned 13 points from losing positions this season, the most in the Premier League.

“Until the Kane goal there was only one team on the pitch,” Brentford manager Thomas Frank told Amazon Prime.

“It was a very good performance and the players are disappointed.”