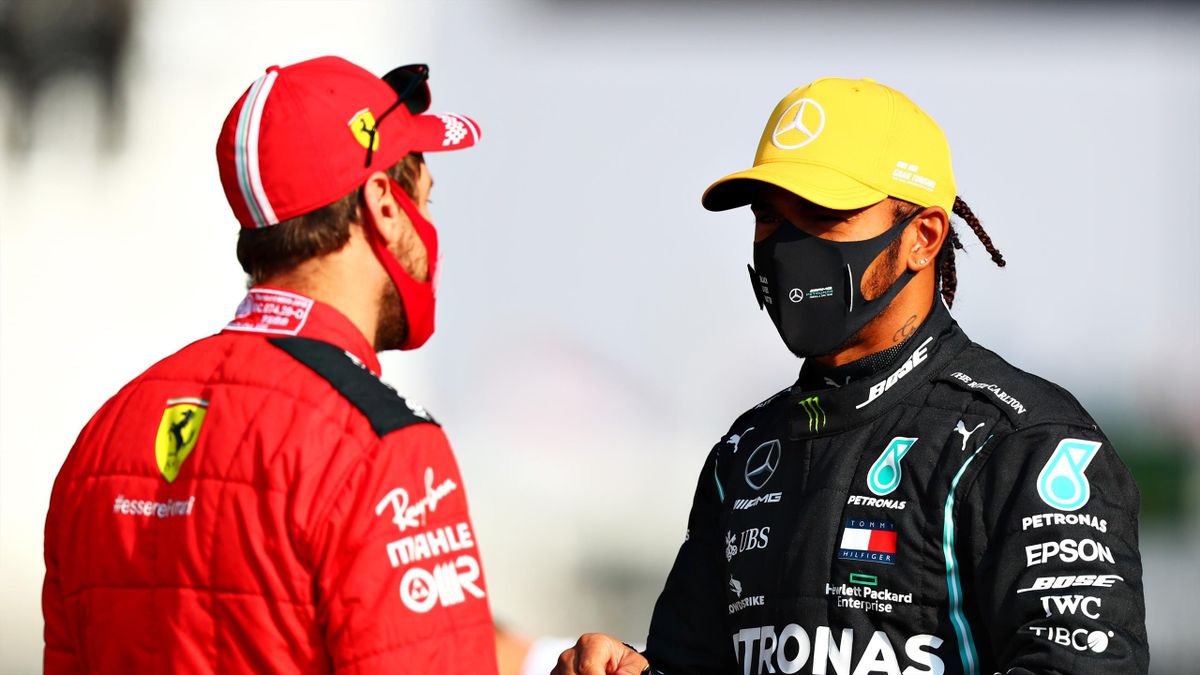 Seven-times world champion Lewis Hamilton hailed Sebastian Vettel on Thursday as his favorite Formula One rival over the years.

Without mentioning former Mercedes team mate Nico Rosberg, who defeated the Briton to the 2016 title in a fierce and often bitter battle between the pair, Hamilton praised the ex-Ferrari driver.

The pair appeared together in a virtual news conference ahead of the weekend’s Emilia Romagna Grand Prix at Italy’s Imola circuit, with four-times champion Vettel now driving for Aston Martin.

Both were asked to name their favorite rivalry in Formula One history.

“I’ve got a really bad memory but I’m going to say mine and Seb’s battles are my favorite so far,” stated Hamilton, the sport’s most successful driver of all time, whose main rival is now Red Bull’s Max Verstappen.

“Knowing that I was racing against an incredible driver, and not only that but a great man in Seb…and we were racing against another team, he was at Ferrari who were very strong at the time.

“It took a lot out of both of us in that period of time, to remain focused, to deliver weekend in, weekend out. Whilst it was a difficult period for us, I think it probably brought us closer as well because the respect we have between us is huge.”

Vettel, who won his titles with Red Bull from 2010-13 and has struggled for form in recent years, was runner-up to Hamilton as a Ferrari driver in the 2017 and 2018 championships.

The German chose the late 1990s battles between Michael Schumacher and Mika Hakkinen as well as the epic earlier clashes between champions Ayrton Senna and Alain Prost for their intensity and character differences.

“Back then there was I think a certain intensity because people weren’t as tolerant as they are today and probably not as mature. There was a lot of bitterness and hatred as well,” he said.

“We’ve come a long way since then to maybe not have these intense fights any more, mostly off the track. I think on track the fights are still very intense but you will probably not see something like that any more in the future.”

Hamilton said the rivalry with Verstappen, who could wreck the 36-year-old’s bid for a record eighth title this year, was different to that with Vettel. “He doesn’t have the background that Seb has but he’s obviously got the chance of being a future champion. Whether that’s now or later depends on the job ultimately that the team and I do.”