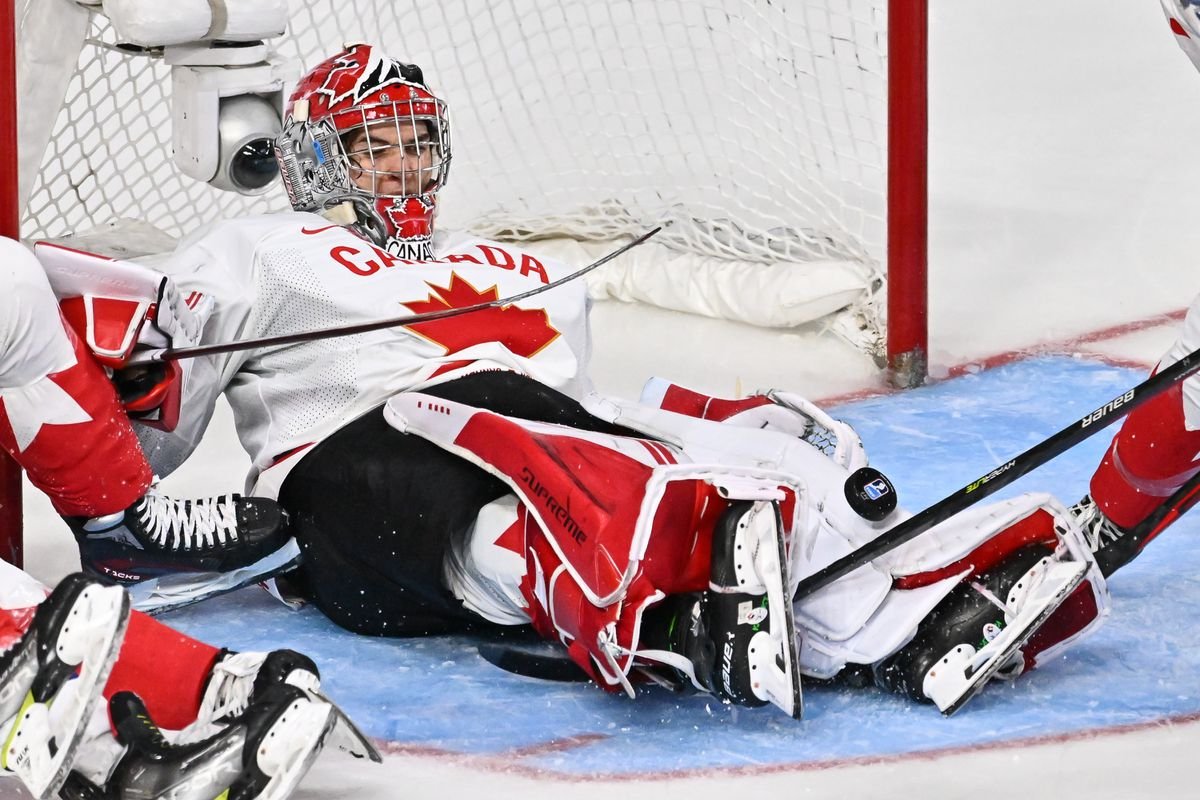 Dylan Guenther didn’t think he’d ever get his moment. The same goes for Shane Wright.

Now they have a gold medal — and memories to last a lifetime.

Guenther scored his second goal of the night at 6:22 of overtime as the tournament hosts survived a blown 2-0 lead in the third period to beat the Czech Republic 3-2 in Thursday’s dramatic final at the world junior hockey championship in Halifax.

“It means everything,” said the 19-year-old, who also added an assist. “You never know when you’re gonna get the opportunity to win again.

“To be here with this team and play in front of these fans and just the whole situation, it couldn’t have ended better.”

The Arizona Coyotes forward took a pass from Joshua Roy and buried his seventh goal in seven games on a two-on-one to give his country its 20th title at the men’s under-20 event.

“I remember I didn’t throw my gloves off right away,” said Guenther, an Edmonton native. “Almost forgot it was overtime, do or die.”

Wright, on his 19th birthday, had the other goal for Canada. Thomas Milic made 24 saves.

Guenther and Wright were both on Canada’s team at 2022 world juniors postponed last year because of COVID-19 and didn’t take part in the reimagined August event.

Canada is the first team to repeat since the country won five consecutive gold medals between 2005 and 2009 after tournament MVP Connor Bedard and seven other returnees also topped that pandemic-delayed summer showcase in Edmonton.

“We’re pretty pumped, a dream come true,” said the 17-year-old phenom. “To get it again is unbelievable.”

The Czechs defeated a disjointed Canada for the first time in 3,285 days when they picked up what was at the time a stunning 5-2 victory on Dec. 26, and appeared in the final for the first time since their only gold-medal triumphs in 2000 and 2001.

“Just their resiliency,” Canadian head coach Dennis Williams said of what he’ll remember about his group. “There was a lot of pressure put on them from the get-go. It would have been easy just to pack it in, especially after that first game.

“I love how they came to the rink every day hungry wanting more.”

The Czech Republic finished fourth in the summer and earned its first medal since 2005. The United States picked up a wild 8-7 overtime victory versus Sweden to take bronze.

Bedard, the Canadian maestro who rewrote page after page of both tournament and national record books in Halifax with 23 points, was held off the scoresheet Thursday.

The Burlington, Ont., native then added of the projected No. 1 pick at the 2023 NHL draft with a grin: “He’ll have a pretty good future in hockey.”

Canada appeared to be cruising to that 20th gold midway through the third before the plucky Czechs, who advanced to final thanks to a dramatic triumph over Sweden in the semis, scored twice in 54 seconds.

“Don’t think there was ever doubt in my mind or anyone else’s mind,” said Milic, a Coquitlam, B.C., product. “We just stuck to our game plan.”

Both teams had chances in the three-on-three extra period before Guenther and Roy clinched it.

Caedan Bankier, Zack Ostapchuk and Logan Stankoven all had chances on separate one-on-one sequences that Suchanek stopped before Wright struck.

The No. 4 pick by the Seattle Kraken at last summer’s draft, who had an up-and-down tournament, grabbed the puck in the neutral zone and fought off a defender before stepping past two more and roofing a backhand shot upstairs on the shortside for his fourth at 4:35.

“Don’t really know what happened there,” Wright joked. “Seems like [Bedard’s] rubbing off on me.

Wright watched every world junior final on his birthday growing up, and the crowd responded after his goal by singing “Happy Birthday” for the Canadian captain. With those gold medals handing from their necks.