Fight island is in UAE, will host UFC 251 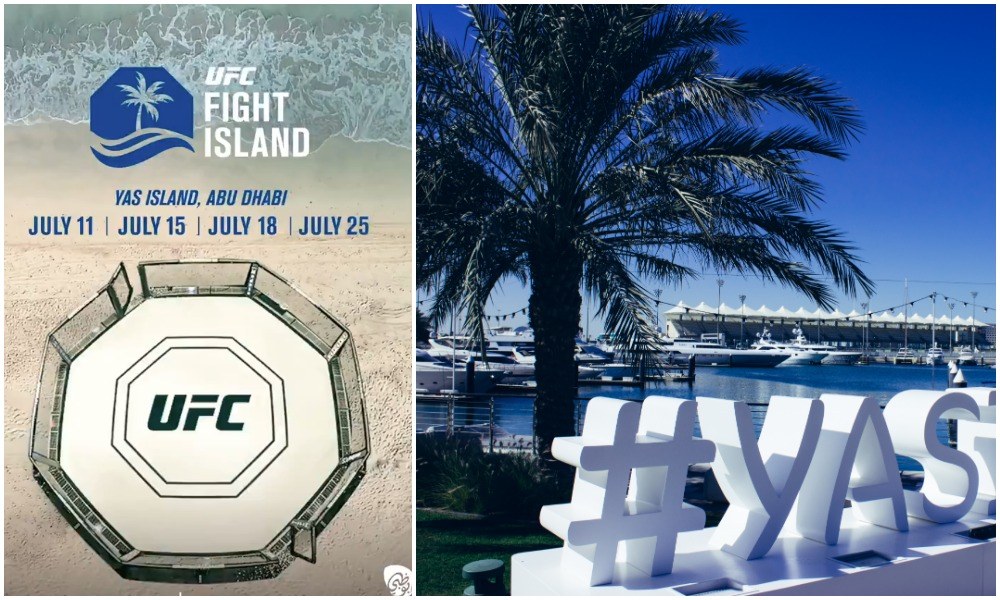 Yas Island in Abu Dhabi will host four events; starting with UFC 251 on pay-per-view on July 11, the UFC announced Tuesday. The next three fight cards will be July 15, July 18 and July 25.

“And yes, there is an octagon on the beach,” UFC president Dana White said on ESPN’s “First Take” about the set-up in the United Arab Emirates for “Fight Island.”

A 10-square mile “safety zone” will be established on Yas Island.

It will include an arena, hotel, training facilities, and dining establishments that will be open only to UFC athletes and their coaches, UFC staff and event personnel and island employees necessary to operate the facilities.

UFC 251 is planned to feature three title bouts, headlined by welterweight champion Kamaru Usman vs. Gilbert Burns. Featherweight champion Alexander Volkanovski will make his first title defense versus the man he took the belt from, Max Holloway. Petr Yan and Jose Aldo will face one another for the vacant bantamweight title.

Rounding out the UFC 251 main card on ESPN+ pay-per-view will be the Jessica Andrade-Rose Namajunas rematch and Paige VanZant vs. Amanda Ribas.

“The first card in Abu Dhabi is ridiculous,” White said.

Yas Island has hosted three previous UFC events: UFC 112 in 2010, a Fight Night in 2014 and UFC 242 last September. “Our partnership with the UFC, now in its second year, has proved to be one of our most successful ventures in recent years,” said HE Mohamed Khalifa Al Mubarak, Chairman of DCT Abu Dhabi, in a news release.

“Thanks to their commitment and cooperation, we are proud to announce that Abu Dhabi will host the first ever ‘Fight Island’ event, marking the long-awaited return of UFC fights to the global stage.”

Shortened MLB draft could have big impact on Canadian talent