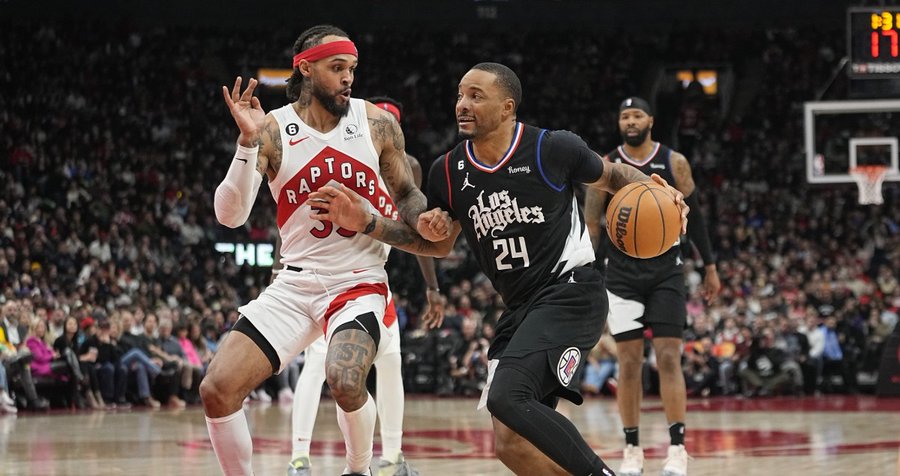 Former Toronto Raptors guard Norm Powell took a trip down memory lane in his return but was just as pleased to leave Toronto with a triumph with his Los Angeles Clippers on Tuesday.

“I just wanted to come out and get a win, whatever it took,” said Powell, who played his first game in Toronto since being traded to the Portland Trail Blazers in March 2021 in a deal that moved Gary Trent Jr. to the Raptors.

Powell remarked the bus ride from the airport to their downtown hotel after their overtime victory in Detroit on Monday put him in a reflective mood about the good times and winning a championship in Toronto.

“You start to think about all the moments and memories you had here,” he said. “Just all the ups and downs and the fans and the organization. To come full circle, to be where it all started and play in front of the fans was amazing.”

Powell admitted he glanced at the NBA championship banner in the rafters and was moved from the Raptors scoreboard video tribute during a timeout in the first quarter when the 19,800 at Scotiabank Arena gave him a standing ovation.

“I don’t miss the cold, but I miss the city,” said Powell, who also retrieved his championship ring, left here during the COVID-19 pandemic after his trade.

Powell’s teammate Kawhi Leonard chipped in 15 points. He was double-teamed most of the game and gladly passed on to other Clippers for open shots.

Leonard doesn’t play in back-to-back games but chose to play in Toronto rather than Detroit.

“It’s always great memories coming in this arena,” Leonard said. “I’d rather give the fans in Toronto the chance to see me play again. That was part of my decision.”

Ivica Zubac and Paul George each scored 23 points to lead the Clippers. The Raptors had no answer for Zubac, who pulled down 10 offensive rebounds, 16 in total.

But the home team had a poor night shooting, going 6-for-23 from beyond the three-point arc after checking in for a season-high 19 three-pointers in their previous game in Cleveland last Friday. Meanwhile, the Clippers shot 15-for-38 in their three-point attempts.

“The shots not going in are affecting our transition defense, and it’s affecting our energy and fight a little bit,” Raptors head coach Nick Nurse said.

The Clippers enjoyed a four-point advantage at the half and pulled away in the third quarter for a 97-82 lead.

Trent scored 20, while O.G. Anunoby chipped in 18 points. Scottie Barnes was good for a double-double of 17 points and 12 rebounds.