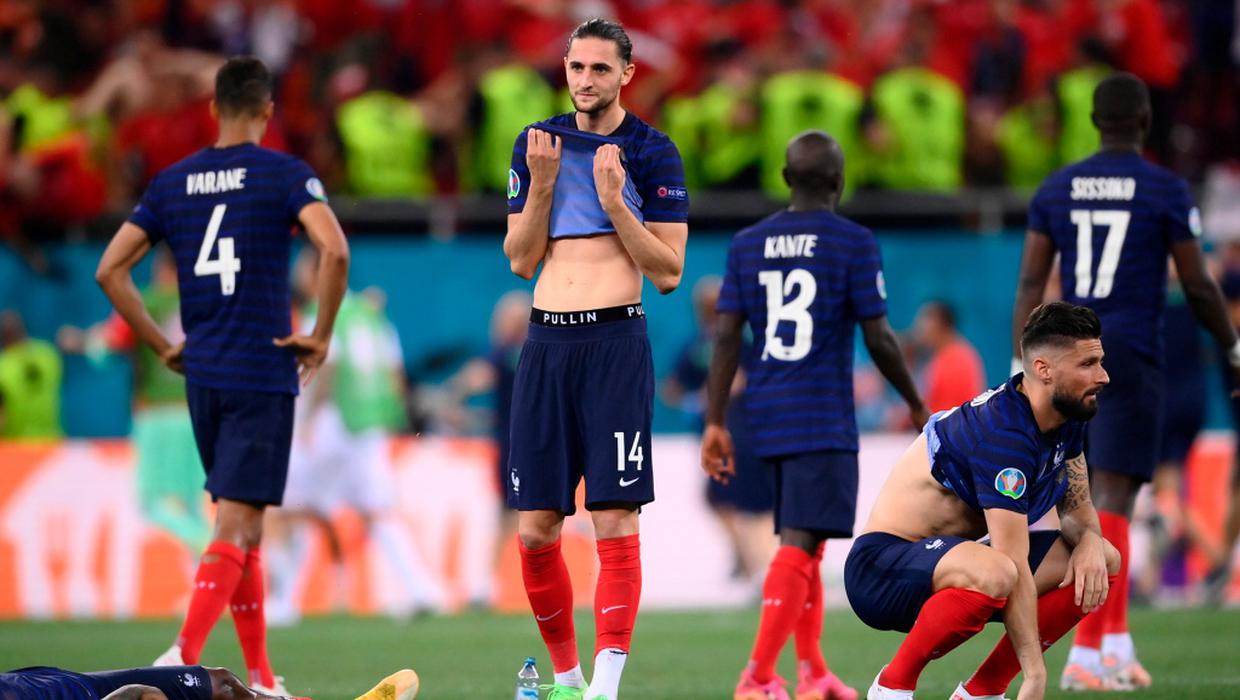 Kylian Mbappe will bounce back from missing the decisive penalty in France’s shootout loss to Switzerland on Monday that saw the world champions exit Euro 2020 at the last-16 stage, coach Didier Deschamps said.

The French threw away a two-goal lead to draw 3-3 in normal time, and after a goalless extra time, they crashed out when Mbappe’s penalty was saved by Swiss keeper Yann Sommer.

Deschamps stated the striker and the rest of the team would learn from their tournament disappointment.

“It will help everyone I think. Kylian, even if he didn’t score a goal [at the Euros], he was decisive in many actions that we had, and he took responsibility to take this penalty,” he told a news conference.

“No one is really angry with him. I talked to our players, we know the strength of this team, we’ve had many magnificent moments together — today it really hurts, there’s lots of sadness.”

The 52-year-old coach dismissed suggestions none of Mbappe’s teammates went to comfort him after his spot kick was saved.

“The whole group is united in the dressing room. No one talks about ‘you made this mistake’ or ‘you made that mistake’, Kylian knows his responsibility,” added Deschamps.

France had been trying to win back-to-back major titles for the second time. The French acquired the World Cup in 1998 and followed that up with the title at Euro 2000.

Mbappe was only 19 when France won that title in Moscow, and he became youngest player since Pele in 1958 to score in a World Cup final.

The Brazilian great was quick to offer his support after the heart-breaking miss in Bucharest.

“Keep your head up, Kylian! Tomorrow is the first day of a new journey,” the Brazil great wrote on Twitter.

France were 3-1 up and cruising with 15 minutes to go after a superb goal by Paul Pogba, but the dogged Swiss scored twice to force extra time before eventually going through to face Spain in the quarterfinals in St Petersburg on Friday.

“Today we were against a strong Swiss team, they gave us some problems in the first half, and of course France is used to having compact opponents,” Deschamps explained.

“We scored our second goal in the second half which changed everything and, if you want, 10 minutes before the end we could have managed our two-goal advantage better.”

Kingsley Coman hit the bar in the final seconds of normal time as luck seemed to desert the world champions when they needed it most, but Deschamps was not complaining.

“In extra time there were some final chances that we had, and penalties are always like that. It hurts, but you have to accept it — that’s football,” he said. “Mostly we’re on the good end, but today we’re not and everyone is really sad. Everyone is really disappointed.”