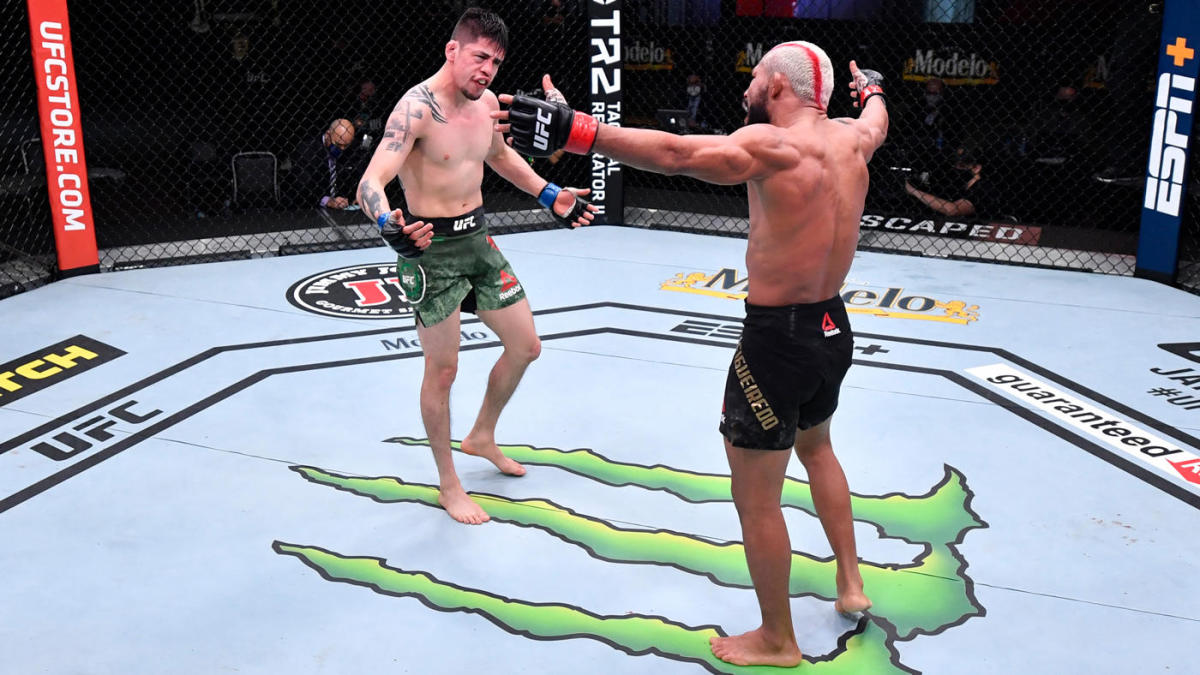 Deiveson Figueiredo stepped back after the final bell and spread his arms wide. The UFC flyweight champion loosed a full-throated scream as he wrapped a hug around Brandon Moreno, who had just stretched him to the limit of his ability.

When the scorecards couldn’t decide a winner, Figueiredo stayed the champ — and the UFC had every reason to get these two together again soon.

Figueiredo and Moreno fought to a thrilling majority draw at UFC 256 on Saturday, with Figuereido setting a UFC record in his second defense of his flyweight title in three weeks. Lightweight contestant Charles Oliveira also earned his eighth straight victory by unanimous decision after dominating former champion Tony Ferguson on the ground at the Apex gym on the UFC’s corporate campus.

Just 21 days after Figueiredo (20-1-1) stopped Alex Perez for his first title defense at UFC 255, the Brazilian returned to the cage and survived a perilous stalemate with Moreno (18-5-2), who also fought at UFC 255.

After making a trip to the hospital Friday night because of an undisclosed ailment, Figueiredo gathered the strength to complete the quickest two title defenses in UFC history.

His third defense will almost certainly be versus Moreno again.

“You absolutely, positively do that rematch,” UFC President Dana White stated. “What a fight that was.”

Figueiredo didn’t speak publicly after the fight, heading straight back to the hospital instead. He was battered and bruised after barely holding off Moreno, who almost became the first Mexican-born champion in UFC history with a stirring mid-fight rally after a low blow left him crouched in pain on the canvas.

Referee Jason Herzog took a point from Figueiredo in the third round for the low kick, and Figueiredo’s mistake proved crucial: One judge scored it 48-47 for Figueiredo, but the other two had it 47-47. The Associated Press also scored it 47-47.

“I think it’s the correct decision to make an immediate rematch, and I’ll be ready next year,” Moreno said. “I’m happy, because obviously I wanted the title, but I just enjoy throwing punches in the octagon.” Figueiredo and Moreno both won last month and then agreed to stay in Las Vegas for a hastily arranged title fight headlining a card that had been decimated by injuries and COVID-related fight cancellations.

Their subsequent slugfest capped the final pay-per-view event of a tumultuous year for the UFC, the first major North American sports organization to return to competition amid the coronavirus pandemic.