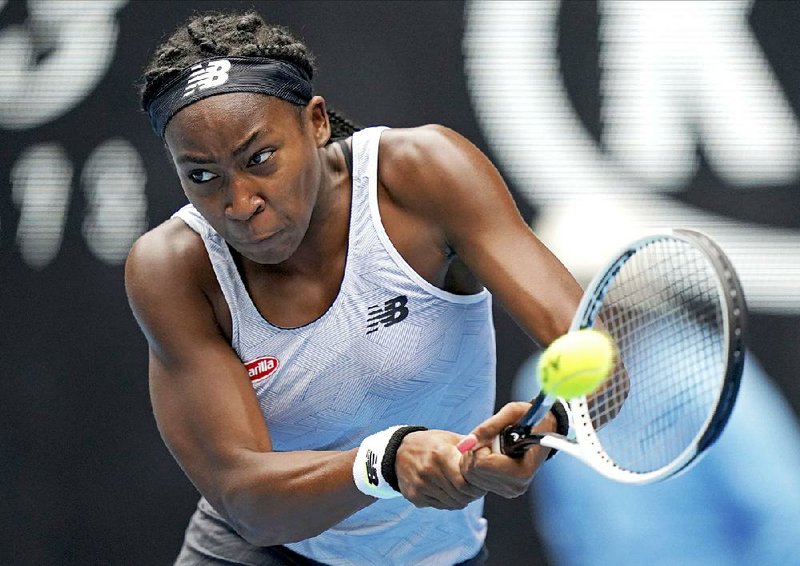 Coco Gauff has lost matches at majors before, but she has still never lost one in a third set. On Wednesday, Gauff improved to 4-0 in deciding sets in Slams with a 4-6, 6-3, 7-5 victory over Sorana Cirstea.

Gauff won her first three-setter last Wimbledon in one of the year’s best matches, a 3-6, 7-6 (7), 7-5 triumph over Polona Hercog. She went 2-0 in three-setters at the US Open, winning her fist-rounder over Anastasia Potapova, and her second-rounder over Timea Babos.

Her fourth victory wasn’t a matter of recovering from an early stumble and cruising from there on out. Cirstea led Gauff 3-0 in the third set—but once again, the 15-year-old American would not be denied in a decider.

“You really made me believe,” an emotional Gauff told the crowd after her latest comeback.

Next up for Gauff is a rematch of a Slam match that didn’t come close to reaching a third set.

Gauff has already had one big Grand Slam rematch at this year’s Australian Open, facing Venus Williams in the first round, just like at Wimbledon. And now she’ll have another one, after she and Naomi Osaka both won on Wednesday to set up a third-round clash in Melbourne on Friday.

The two played each other in the third round of the US Open last year. Osaka rolled to a 6-3, 6-0 victory, but the two still created a viral moment when Osaka invited Gauff to share the on-court interview with her.

“It was definitely a good moment I think for both of us, especially me,” Gauff said. “But more just for the people watching, the little girls watching and little boys who can kind of see what sportsmanship is, really. If I had a child, it’s something I would want my child to see. It shows what being a competitor really is. You might hate the person on the court, but off the court you love them, not really like hate. Sometimes when we’re on the court, we say things we don’t mean because we have that mentality.

Osaka was the first of the two to move on to the third round on a breezy Wednesday, falling behind 4-2 in the second set but steadying herself to get by China’s Zheng Saisai in straight sets, 6-2, 6-4.