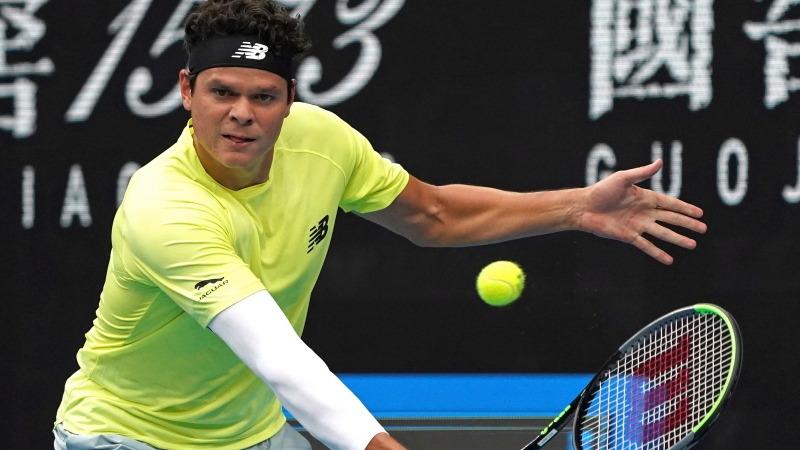 Milos Raonic is heading to the third round at the Australian Open, keeping Canada’s hopes alive in singles at the season’s first Grand Slam.

The 29-year-old Canadian served up 19 aces on his way to victory.

Raonic will face No. 6 seed Stefanos Tsitsipas in the third round. Tsitsipas got a walkover into the third round at Melbourne Park when Philipp Kohlschreiber pulled out of their scheduled match because a muscle strain.

Raonic was the only Canadian to survive the opening round.

No. 13 seed Denis Shapovalov of Richmond Hill, Ont., No. 20 Felix Auger-Aliassime of Montreal and Vasek Pospisil of Vancouver all lost on the men’s side, while qualifier Leylah Annie Fernandez of Laval, Que., dropped a first-round women’s match.

Raonic breezed through the first round, crushing Italian lucky loser Lorenzo Giustino in straight sets in a match held over two days. Rain postponed play Monday with Raonic one game away from winning his first match since October.

The second-round match pitted Raonic, ranked 35th in the world, against the player directly below him in the rankings.

Garin, 23, has yet to make it to the third round of a Grand Slam in his career.

Raonic has been plagued by injuries in recent years, missing large portions of the second half of last season with a back issue.

Raonic’s 19 aces throughout Tuesday’s match adds $1,900 AUD to the amount Tennis Canada is donating to the Australian Red Cross’ bushfire relief fund throughout the tournament.

The Canadian star will meet another opponent he has never faced before in the third round — world No. 6 Stefanos Tsitsipas.

Irving should be ready for faceoff with LeBron, Lakers