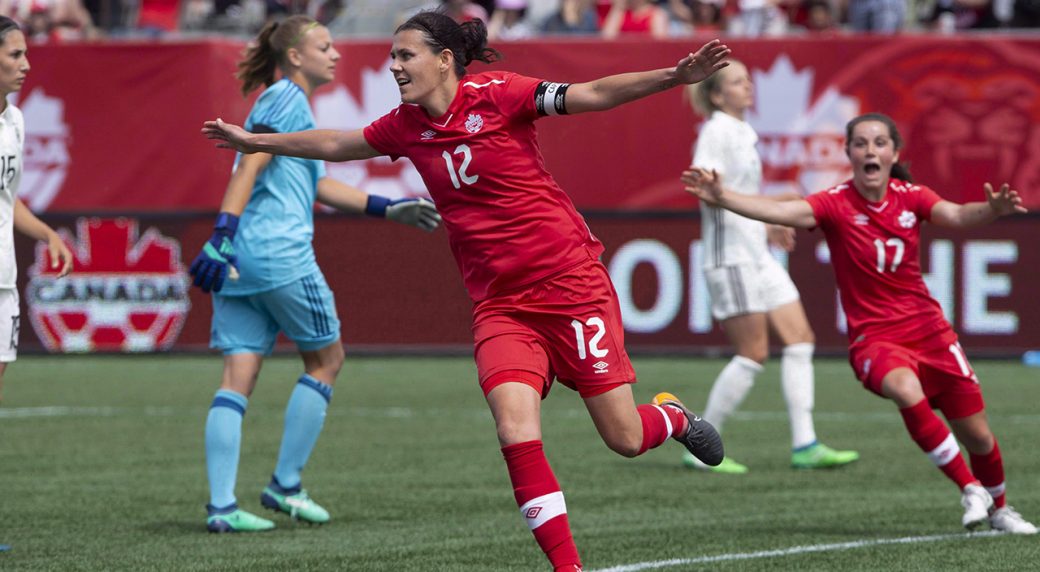 Much has happened in the world since Christine Sinclair made soccer history in January en route to helping the Canadian women book their ticket to the Tokyo Olympics.

“For me a defining moment in Canadian sporting history,” said Canada coach John Herdman, who coached Sinclair and the Canadian women prior to taking over the men’s program in January 2018. “To have a kid from Burnaby become the greatest of all time.

“And that’s a record that I don’t know how long that’s going to take to be beaten by a male or a female. And she’s Canadian.”

Sinclair’s record-breaking year has earned the Canadian soccer icon the Bobbie Rosenfeld Award as The Canadian Press female athlete of the year for 2020.

The 37-year-old Sinclair also won the award in 2012 after leading Canada to a memorable bronze medal at the London Olympics. She is the only soccer player to have obtained the Rosenfeld Award.

The winner of the Lionel Conacher Award, presented to CP’s male athlete of the year, will be announced Tuesday. The team of the year will be unveiled Wednesday.

Sinclair received 20 of 66 votes cast by sports editors, writers and broadcasters across the country.

“When the history of women’s sports is written in this country, Christine Sinclair deserves her own chapter,” added Phil King, sports layout editor for the Globe and Mail. “As a role model and an accomplished athlete, her glorious career paved the way for a generation of accomplished female athletes.”

“Olympic qualifying seems three years ago, seems like a different world,” Sinclair told The Canadian Press on Day 12 of her quarantine in coming home for the holidays.

“Obviously the record for scoring, God that seems so long ago, was an important milestone,” she added. “And especially with the way the rest of the year went, it’s definitely been one of the highlights ΓÇª It’s pretty cool to see a Canadian on the top of the record charts, I’m not going to lie.”

Sinclair moved atop soccer’s all-time goal-scoring list- — for both men and women — on Jan. 29. “It was such a relief,” she said. “Those people closest to me know how much it had been weighing on me and, like, stressing me out, in a way.

So I was glad to get it out of the way in that opening game [at the CONCACAF tournament] and as a team, we could just move on and I could move on and focus on what we were really trying to accomplish., which was getting to Tokyo.”