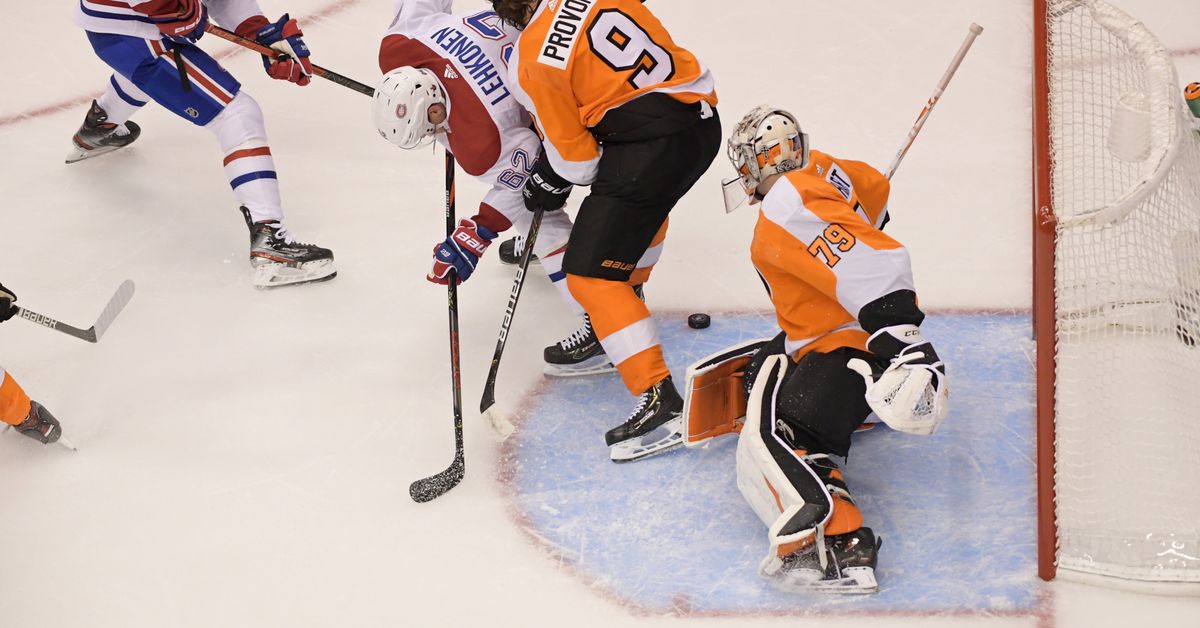 Carter Hart just played better — and got some help from his friends.

The Philadelphia goalie made 23 saves to record the first playoff shutout of his career as the Flyers defeated the Canadiens 1-0 to take a 2-1 lead in their opening-round series.

“That was style of game we expected,” Canadiens winger Brendan Gallagher said. “They find a way to put one in our net and we were unable to beat their goaltender.

“You give up one goal, you should be able to win.”

Jakub Voracek scored for Philadelphia, the No. 1 seed in the Eastern Conference as part of the NHL’s restart to its pandemic-hit season.

“It was a greasy hockey game,” Flyers head coach Alain Vigneault said. “Both teams worked extremely hard. It was hard to make offensive plays. Both teams were not giving a lot of room.”

Carey Price stopped 19 shots to take the loss for Montreal inside an empty Scotiabank Arena.

After the Flyers opened the scoring early in the first period, Montreal centre Jesperi Kotkaniemi hit the crossbar 30 seconds into the third — the fifth time the Canadiens found iron in just over 40 minutes.

Hart then took an Artturi Lehkonen shot off the mask on a shorthanded 2-on-1 with under eight minutes to go in regulation.

“Just got to do my job,” said Hart, who grew up idolizing Price. “That’s what it comes down to at the end of the day.”

Kotkaniemi shovelled a shot towards the Flyers’ net with Price on the bench for an extra attacker with 50 seconds left, but Hart was there again as Philadelphia, which blocked 24 shots on the night, improved to 34-0-2 this campaign when leading after two periods.

“Their goaltender played well,” Price said. “Sometimes you gotta tip your hat to a hot goaltender. We did all the right things to win.” The Canadiens were coming off that Game 2 where they dominated the Flyers, who sat 18 points ahead of them in the standings when the NHL suspended its season because of COVID-19 in March, from start to finish minus head coach Claude Julien after he was taken to hospital with chest pains Wednesday night.

Inter are ready for greatness-Lautaro Martinez