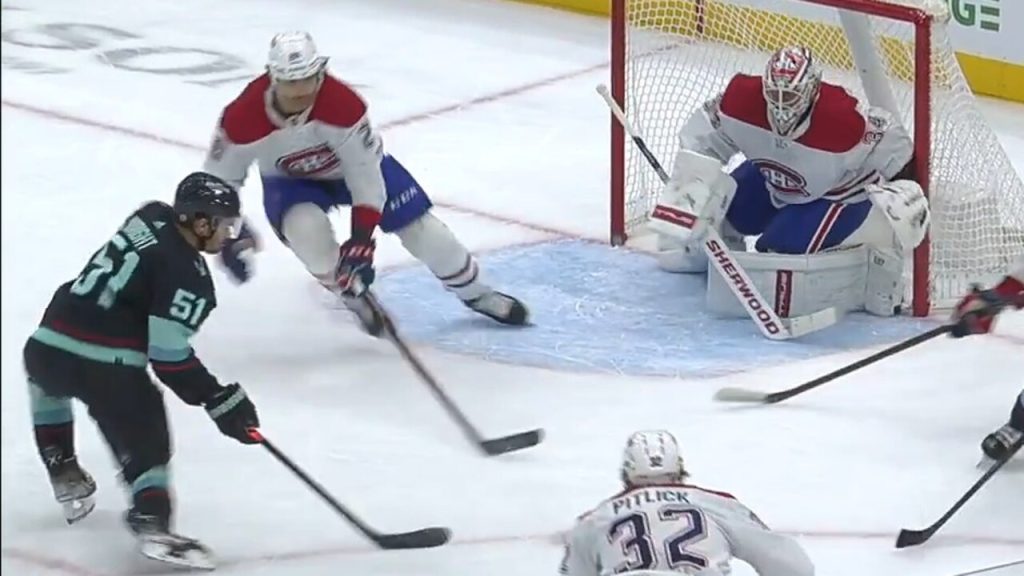 Cole Caufield and Josh Anderson scored in a seven-second span in the second period and the Montreal Canadiens snapped a two-game skid with a 4-2 victory over the host Seattle Kraken on Tuesday night.

After Kovacevic put Montreal on the board with a goal at 12:56 in the first period, Wright tied it up at 15:30.

It was Wright’s first game back after a five-game conditioning stint with the AHL’s Coachella Valley Firebirds. Wright’s goal came versus a Montreal squad that passed him over with the No. 1 pick of the 2022 NHL draft. Oliver Bjorkstrand and Yanni Gourde assisted on the goal.

The Canadiens added to their lead at 18:40 in the second, when Rem Pitlick scored to make it 4-1, with assists going to Joel Edmundson and Jake Evans.

Seattle answered with one second left in the period, as Jared McCann scored with an assist from Andre Burakovsky, pulling the Kraken within two goals headed into the third.

The Kraken’s two consecutive losses come on the heels of their franchise-record seven-game winning streak, which ended with a 5-1 home loss to Florida on Saturday.

Seattle ended its three-game homestand with a 1-2 record, while Montreal went 2-2 on its recent four game trip.