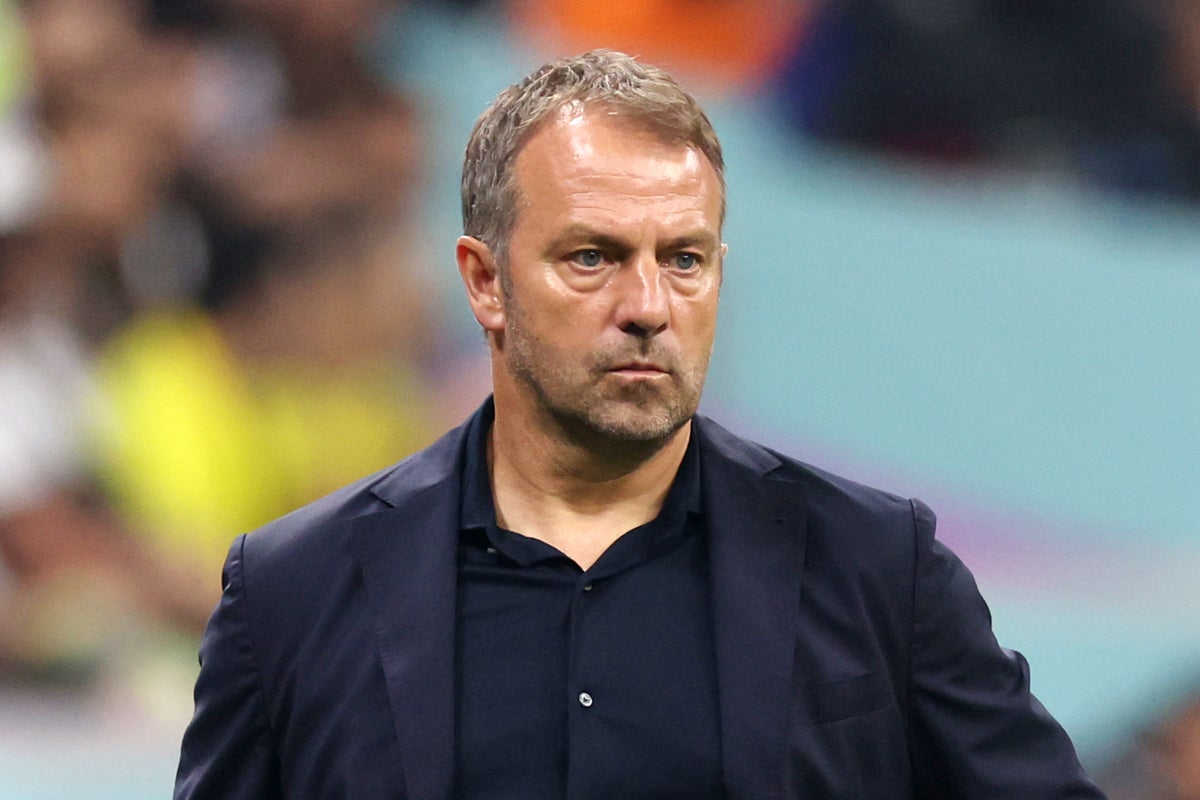 The German football federation (DFB) kept its trust in Hansi Flick as national team coach on Wednesday despite the disappointing World Cup performance.

Federation president Bernd Neuendorf stated the body has “full confidence” in Flick to lead the team through the 2024 European Championship, which Germany is scheduled to host and which Neuendorf described as a “great opportunity” for the future of soccer in the country.

Flick left the meeting without a word, but was quoted in a statement from the federation.

“We as a team can achieve much more than we showed in Qatar,” Flick said in the statement. “We missed a big opportunity there. We’ll learn our lessons from it.”

Flick stated he was optimistic about Euro 2024 and that he has confidence in the path Neuendorf and Watzke agreed to.

“We want all of Germany to rally behind the national team again at the 2024 European Championship at home,” said Flick, who faced criticism for his team selection and tactics against group rivals Japan, Spain and Costa Rica in Qatar.

Mistakes in defense, where Flick was unable to settle on his preferred back four, and an inability to put away chances cost Germany a place in the knockout round.

Germany’s record under Flick was also poor before the tournament. The former Bayern Munich coach took over from Joachim Löw last year after Germany’s round of 16 exit from the European Championship and has a contract through Euro 2024.

The federation still needs a replacement for Oliver Bierhoff, who ended an 18-year stint Monday when he agreed to resign as managing director of Germany’s national soccer teams and academy.

Bierhoff is the only casualty so far from Germany’s group-stage exit from the World Cup in Qatar, the team’s second straight embarrassing failure in football’s biggest tournament. Germany were also eliminated from the same stage at the 2018 World Cup as defending champions.

Hertha Berlin general manager Fredi Bobic is a reported candidate to take over from Bierhoff, though he said Wednesday he was “very comfortable at Hertha.” Bobic, who has a contract through 2024 with the Berlin club, did not rule himself out, however.

Flick appeared to criticize the federation for Bierhoff’s exit on Tuesday, when he said both he and his coaching staff “are having a hard time imagining how the gap left by Oliver’s departure can be closed.”

The German football league (DFL) was to meet separately later Wednesday when the future of chief executive Donata Hopfen was to be discussed.

Confirmation of Hopfen’s departure after less than a year in charge was expected amid simmering issues of discontent among Bundesliga clubs and teams from the second division.

Hopfen took over from Christian Seifert in January as the first female chief executive of Germany’s top two soccer divisions but has struggled to impose her vision or resolve long-standing questions on issues such as the league’s 50+1 rule limiting the role of outside investors, marketing at home and abroad, and the sale of media rights.

Hopfen’s contract runs through 2024. Asked in October how much support she was getting from league members, she told Kicker magazine, “there’s always room for more.”