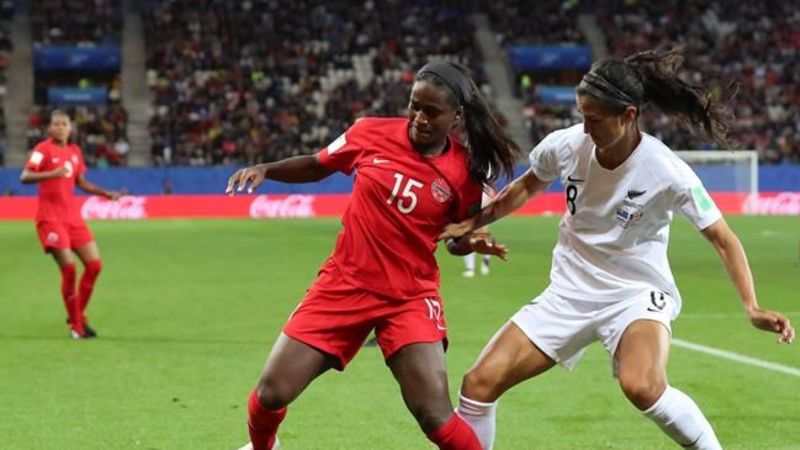 The Canadian women’s soccer team hopes to be the seventh Canadian team to lock up a place at the Olympics this summer in Tokyo as their regional qualifying tournament gets underway in the southern United States this week.

First up for the 2012 and 2016 Olympic bronze medallists in Group B is a date with Saint Kitts and Nevis on Wednesday, followed by matches versus more challenging opponents Jamaica and Mexico.

Eight nations in the CONCACAF tournament (Confederation of North, Central America and Caribbean Association Football) will vie for two Olympic berths, with the Americans and Canadians painted as heavy favorites. The top two teams from each group advance to the semifinals — make the final and you’ve punched your ticket to Japan.

On the surface, Canada should be a slam dunk to make the finals. They’re the two-time defending Olympic bronze medallists, ranked eighth in the world and have captain Christine Sinclair, who is just two goals away from being the most prolific goal scorer in international soccer history. The 36-year-old from Burnaby, B.C., enters the tournament with 183 goals, one shy of tying retired American striker Abby Wambach’s record of 184.

This Canadian side has plenty of experience.

All 20 players chosen by coach Kenneth Heiner-Møller were members of the 2019 World Cup roster and 16 were part of the 2016 Rio bronze-medal team. Sinclair, Sophie Schmidt and Desiree Scott also have bronze medals from London in 2012.

At the FIFA Women’s World Cup this past summer in France, Canada was ousted by Sweden in the round of 16 and in recent months has suffered lopsided beats — 4-0 to Japan in October and 4-0 to Brazil in November.  The CONCACAF Olympic semifinals are Feb. 7 with the final going Feb. 9 in Carson, Calif.

Canada must reach tournament final to earn a berth in Tokyo.