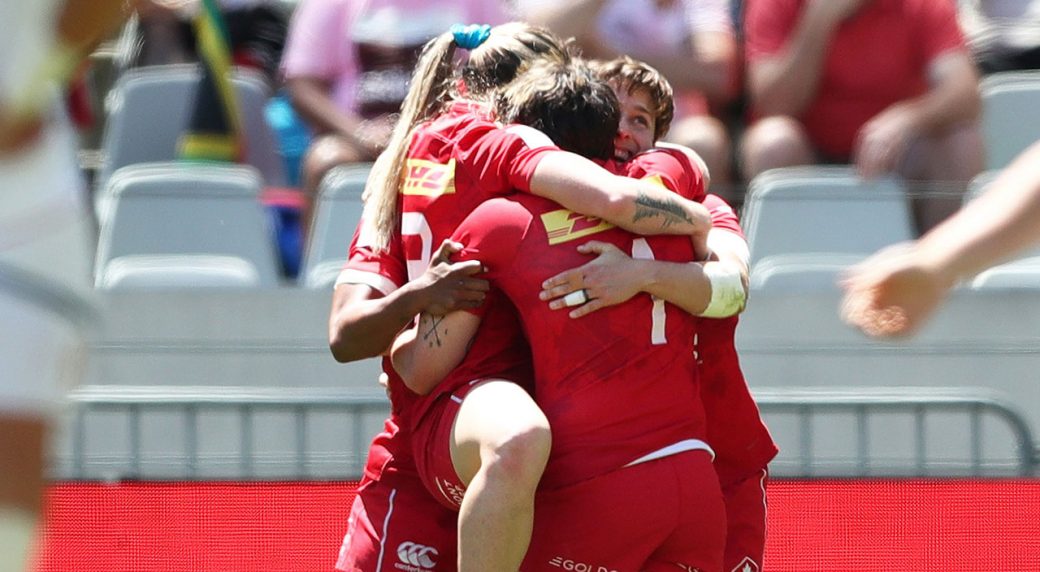 A Julia Greenshields try in the extra frame sealed a 22-17 victory over France.

The third-place match started with a try for Canada in the opening minute, as Bianca Farella scored the quick strike to give her squad the early lead.

However, France struck back, scoring three successive tries before Kaili Lukan replied for Canada. Trailing by five with under a minute remaining in regulation, a late yellow card on France’s Joanna Joanna Grisez for tackling Canadian speedster Charity Williams by the hair reduced France to six players, and Farella struck for her second try of the match.

That advantage carried into extra time, where Brittany Benn made a thundering tackle, followed by a steal and off loaded to Greenshields for the game-ending try.

Canada fell in the semifinals to New Zealand by a score of 15-5.

The Canadians defeated the U.S. 15-14 to earn their spot in the semifinals. With the Americans leading 14-10 near the end of the match, Canada’s Julia Greenshields scored the winning try to help her team advance.

It’s a little premature to discuss the Olympic Games. But every team, including the Canadians, knows every earned point is vital. The seedings in Tokyo could make or break the tournament and no nation is exempt from the dangers of a misstep in the preliminary matches.

An honourable mention as well for the Canadian men’s team. They, too, finished with a flourish outscoring Australia by 4 tries to one. Teenager David Richard scored his first World Series try for a Canadian team missing the veteran service of Nate Hirayama and Harry Jones.