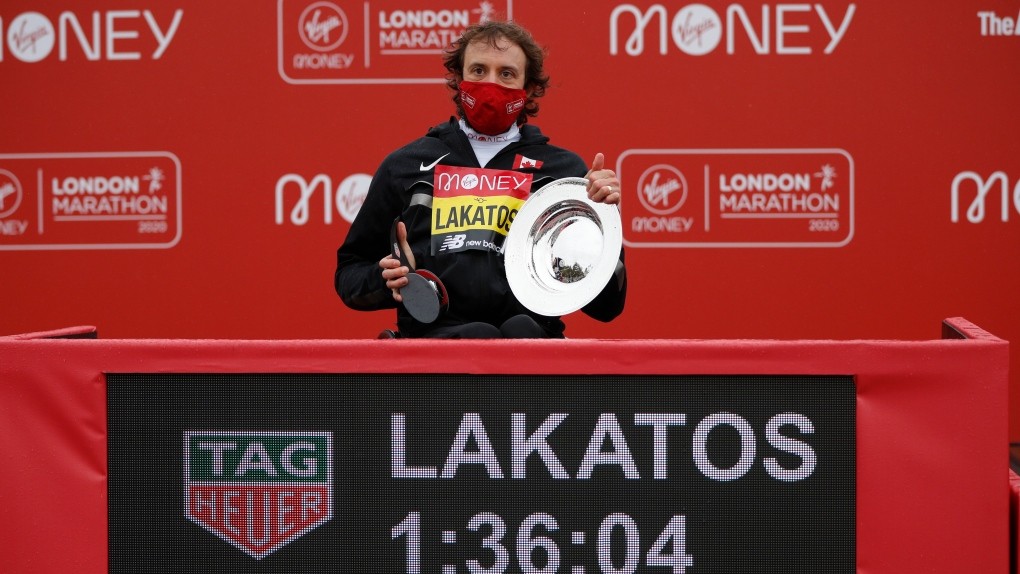 Canada’s Brent Lakatos has controlled wheelchair racing’s sprint distances for the better part of a decade.

On Sunday, the 40-year-old from Dorval, Que., pulled away from the field in a sprint finish down The Mall at St. James Park to attain the London Marathon.

The 2018 Berlin Marathon champion has won seven Paralympic medals and 11 world track titles in every distance between the 100 and 800 meters.

Lakatos, who lives and trains in Longborough, England, with his wife and Paralympian Stephanie Reid, is an engineering grad from the University of Texas, and competed Sunday in an aerodynamically-improved racing chair he’d made with the help of a 3D designer.

In 2019, Lakatos won two gold medals and a silver at the World Para Athletics Championships for a total of 18 podium finishes, including 13 gold, in his career.

Lakatos is hoping to make a fifth Summer Games appearance at the Tokyo Paralympics next summer.

“I absolutely love racing,” Lakatos told Athletics Canada before Sunday’s race. “I have been looking forward to the London Marathon all summer.”

“Thank you to everyone for the amazing support,” Lakatos posted on Twitter after the race. “Huge thanks for London Marathon for all their work putting on a safe race in these crazy times. I won!!!!” Lakatos also said his training had increased leading into Sunday’s event.

“My training has been going quite well recently, which has given me a lot of confidence. When my confidence is high, I believe that I can take on the world and win.”