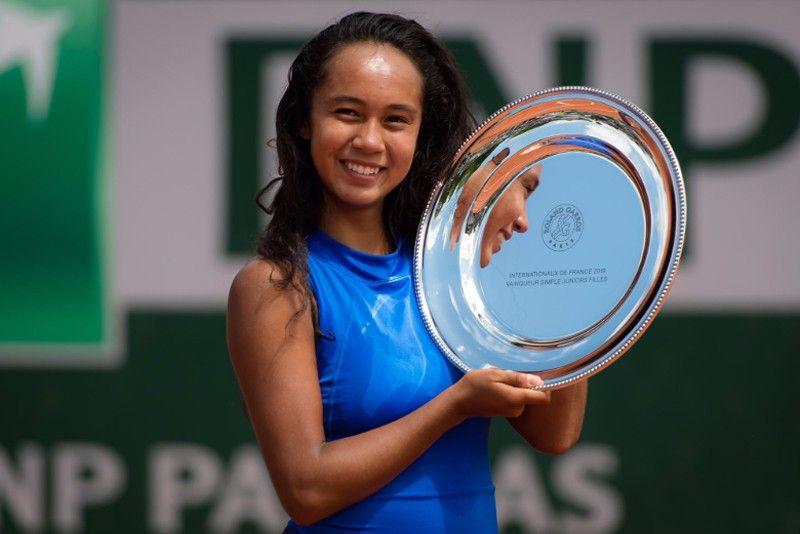 Riding high earlier this year after upset wins over some big-name WTA Tour stars, Canadian teenager Leylah Annie Fernandez appeared primed to take her game to the next level.

However, the COVID-19 pandemic put Tour play on hold through the spring, just as Fernandez looked set to crack the top 100. She’ll aim to start building her game up again at this week’s Credit One Bank Invitational in Charleston, S.C.

“I’m actually very excited to be able to play matches finally — even if it’s just a team competition — it’s something,” Fernandez said. “Hopefully it will be good and it’ll be one step closer to the WTA starting again.”

Fernandez opened with a 6-4, 6-0 triumph over American Emma Navarro in a rematch of the 2019 French Open junior girls final, also won by the Canadian. Singles matches at the Credit One Bank Invitational started late Tuesday afternoon with play continuing through Sunday. The new 16-player event will raise funds for the Medical University of South Carolina’s (MUSC) frontline health-care workers.

Reigning Australian Open champion Sofia Kenin is one of several WTA Tour stars in the field.

US Open champion Bianca Andreescu of Mississauga, Ont., was on the original entry list but withdrew. Eugenie Bouchard of Westmount, Que., is the other Canadian in the field.

She’ll start her tournament with a doubles match, teaming up with Danielle Collins to face Stephens and Amanda Anisimova on Wednesday.

Ranked 209th at the start of the year, Fernandez has surged up the list to a career-high No. 118.

Fernandez made the transition to lower-level pro events last season. Still just 17, she has shown that she belongs at the WTA Tour level and isn’t intimidated by the competition.

The Montreal native, based in Boynton Beach, Fla., made it through Australian Open qualifying last January before falling in the first round of her women’s singles Grand Slam debut. Fernandez stunned Belinda Bencic of Switzerland — the world No. 5 at the time — in Fed Cup play in February and reached her first WTA final a few weeks later at the Mexican Open. In March, Fernandez beat Stephens at the Monterrey Open.

Her father and primary coach, Jorge Fernandez, said he cut training down to less than half of what they were doing before the pandemic, noting it has been tough to plan due to the insecurity about the rest of the campaign.