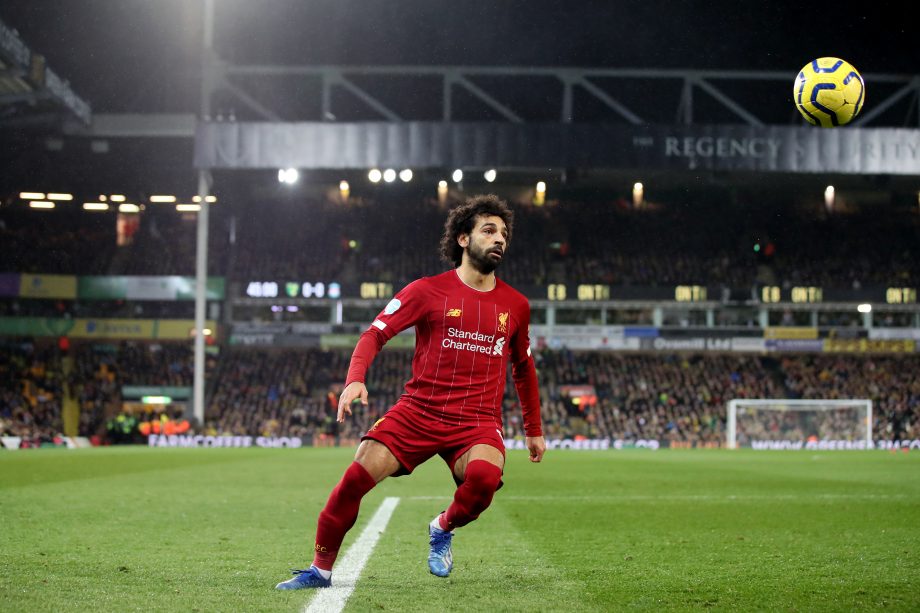 Liverpool moved to within touching distance of their first title in 30 years as Crystal Palace were cruelly dismissed behind closed doors at Anfield.

Manchester City must now win at Chelsea on Thursday to further delay the inevitability of Liverpool’s coronation as Premier League champions.

After the goalless Merseyside derby at Everton on Sunday, they shook off the cobwebs in their first home match since the campaign was halted because of the coronavirus pandemic to beat Palace with almost embarrassing ease.

Anfield may have been home to only around 300 people but Liverpool played with familiar intensity, although Palace’s cause was hardly helped by the early loss of Wilfried Zaha to injury.

Trent Alexander-Arnold was on target with a superb free-kick after 22 minutes and Mohamed Salah effectively settled the contest with a cool finish from Fabinho’s brilliant pass just before the break.

And Fabinho produced something even more special in the 54th minute when he drilled a magnificent rising right-foot finish past Wayne Hennessey from more than 30 yards.

Salah turned provider after 69 minutes with a slide-rule pass to Sadio Mane, who ended with precision as Liverpool’s superiority was stamped all over this match.

Liverpool’s world-class attacking trio of Roberto Firmino, Sadio Mane and Salah take most of the headlines – but no-one should underestimate the influence of Brazilian Fabinho.

The languid midfield man is the complete operator and showed all sides of his game in what turned into a stroll.

Fabinho’s pass to pick out Salah for Liverpool’s second goal was a masterpiece of touch and vision, while he again showed his potency from long range by flashing that stunning goal past the helpless Hennessey in front of a Kop populated by flags on what might be their last game before clinching the title.

Liverpool’s season has been a complete team performance and Fabinho, understated but hugely influential, has played his full part despite a lengthy absence through injury in the middle of the campaign.