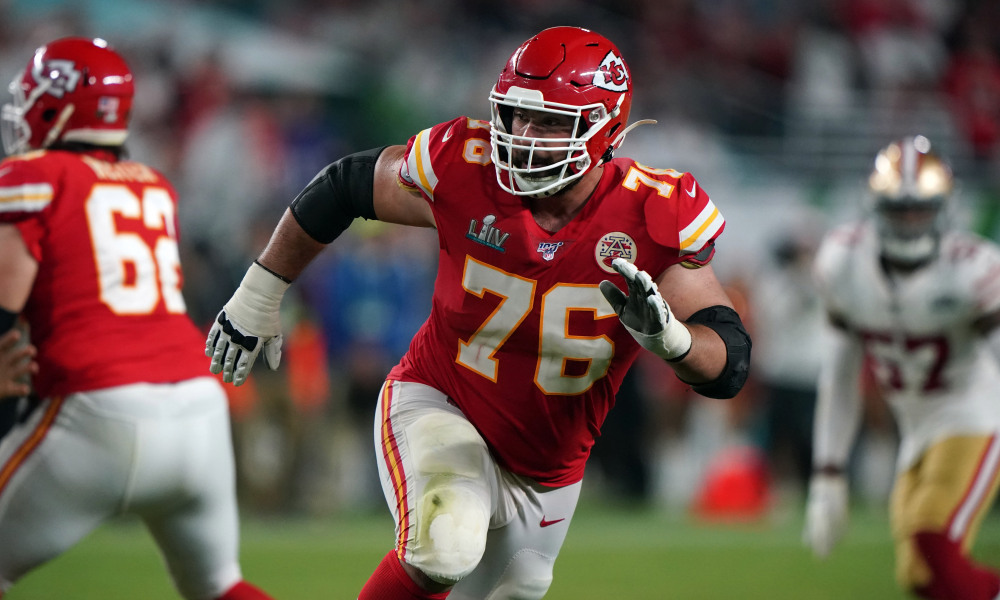 The Super Bowl-winning offensive lineman has no regrets about opting out of the 2020 NFL campaign to help fight the COVID-19 pandemic. But the six-foot-five 321-pound Mont-Saint-Hilaire, Que., native is finding it increasingly difficult to be a fan and definitely plans on resuming his pro career with Kansas City after this campaign.

“But now I’m missing way more than that. After finishing atop the AFC West with an NFL-best 14-2 record this season, Kansas City starts its Super Bowl defense Sunday when they host the Cleveland Browns in their first playoff contest.

It was the storied franchise’s second NFL championship but first in 50 years.

But in July, Duvenay-Tardif — who received his medical degree from McGill in 2018 — became the first NFL player to opt out of the 2020 season due to the COVID-19 pandemic. While others did so for safety reasons, Duvernay-Tardif temporarily hung up his cleats to work as an orderly at a Montreal long-term care facility.

Kansas City head coach Andy Reid — whose mother also graduated from McGill’s medical school — and star quarterback Patrick Mahomes were among those to praise Duvernay-Tardif for his decision.

Sports Illustrated named Duvernay-Tardif as one of its Sportspeople of the Year and he was later a co-winner of the Lou Marsh Trophy, given annually to Canada’s top athlete.

“I’m 100 per cent sure I made the right call but I feel like maybe people give me too much credit for making that call,” he stated. “I know what it represents … but I feel my definition of a hero has changed this year.

Duvernay-Tardif, who turns 30 next month, has taken some time away from the long-term care facility to do work for his foundation as well as towards his master’s degree at Harvard. But he’s arranged to receive his COVID-19 vaccination Friday before returning to the facility next week.