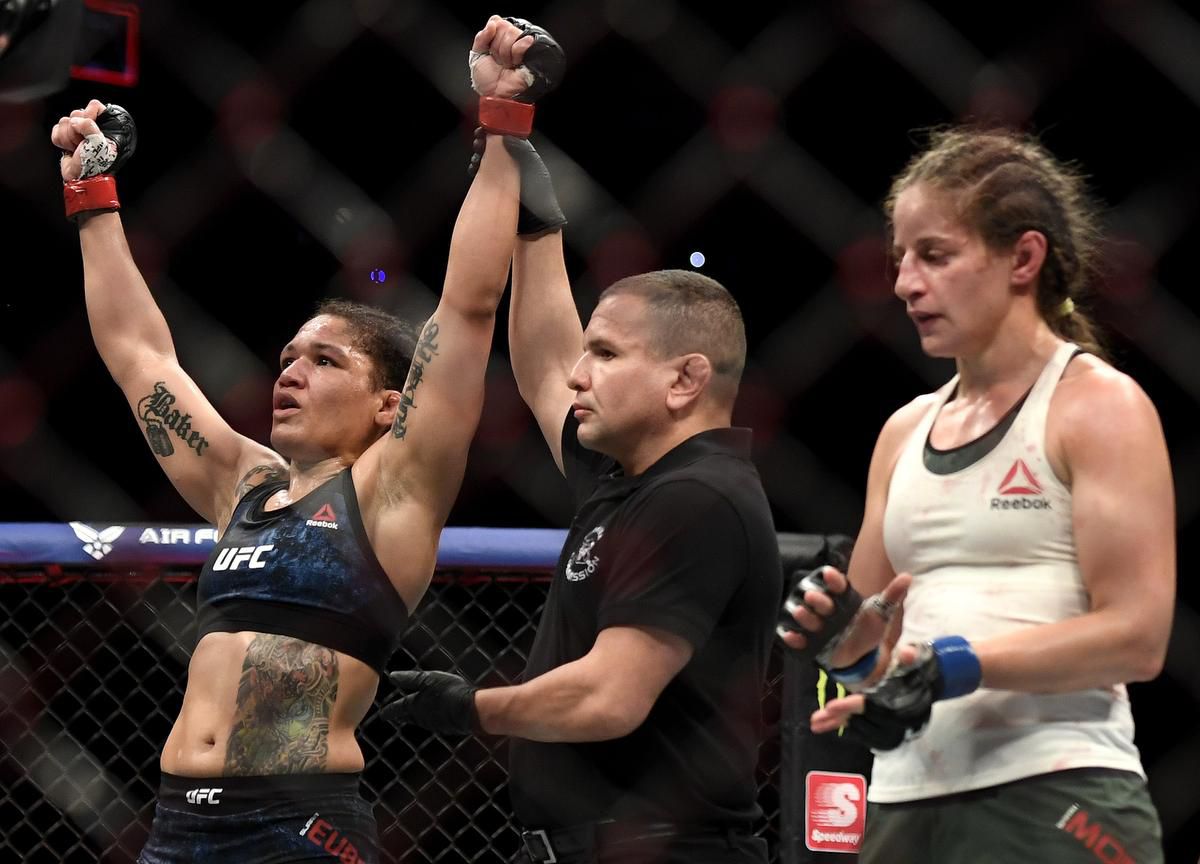 A crisp striker, Eubanks (6-4-0) got Moras’ attention early by connecting with a pair of right hands and a high kick in the first round. Moras (6-7-0) applied more pressure in the second, landing her jab. The Canadian also engaged Eubanks in a clinch, only to fall when a takedown attempt went awry. Moras looked for an armbar but Eubanks retained top position and landed strikes from above to end the round strongly.

Eubanks had a 69-44 edge in significant strikes after two rounds. And the American used her striking to keep control in the final round. Eubanks took Moras down with two minutes remaining. Moras looking for a late submission but the fight ended with Eubanks firing shots from above.

There was some bad blood after the hooter when Moras took umbrage at Eubanks seeming to push her.

The televised show was the second of three UFC cards in a week at VyStar Veterans Memorial Arena, home of the ECHL Jacksonville Icemen. Wednesday’s main event saw Anthony (Lionheart) Smith, ranked third among light-heavyweight contenders, go up versus No. 8 Glover Teixeira.

Moras, a betting underdog, had been training for Eubanks since learning of the matchup in January.

They were booked for UFC 249, originally slated for April 18 in Brooklyn and then Lemoore, Calif., as the UFC looked for a place to stage the fight during the pandemic. After broadcast partner ESPN stepped in, UFC eventually postponed the pay-per-view card and their bout was shifted to this card. Wednesday marked the first outing for Moras since Sept. 7 when she defeated Georgia’s Liana (She Wolf) Jojua by third-round TKO at UFC 242 in Abu Dhabi.

Moras missed weight for that fight by two pounds but had no problem this time after starting her camp 15 pounds lighter than last time out.