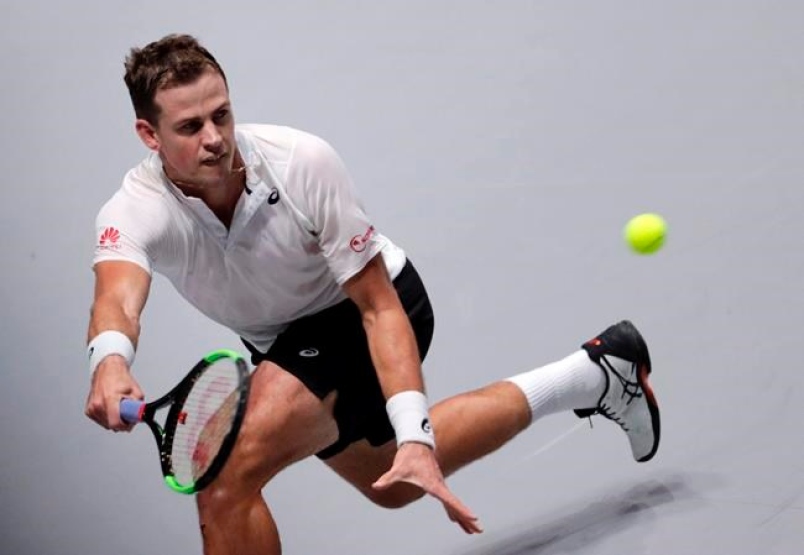 Vasek Pospisil was in Indian Wells, Calif., last Sunday practicing for the BNP Paribas Open when the tournament, one of the biggest on the tennis schedule, was cancelled over COVID-19 worries.

Four days later, the ATP Tour suspended its season for at least six weeks, but Pospisil suspects it could be even longer before he plays another competitive match.

And that uncertainty is making the situation harder.

“That’s the tough part — the unknown is what makes things pretty difficult,” Pospisil stated in a phone interview with The Canadian Press from his Vancouver apartment. “Not only in terms of organizing your schedule, but even mentally trying to think positive because it’s just human nature — we fear the unknown.

“That’s probably the most powerful aspect of all of this.”

The Indian Wells cancellation came after one positive COVID-19 test in the California desert area.

Other tournaments soon followed suit, as did the rest of the sports world, after the World Health Organization labelled the coronavirus spread a pandemic last Wednesday.

“To be honest, it wasn’t even that I was surprised that [Indian Wells] was cancelled, it was just a time of confusion,” Pospisil stated. “All the players were very confused, we didn’t know what was going to happen, we were all there training, getting ready.

The 29-year-old Pospisil underwent back surgery in January 2019 and missed most of last campaign, tumbling from No. 70 to No. 248 in the rankings as a result, before ending strong with a remarkable performance for Canada at the Davis Cup last November.

He continued that momentum this year, going 8-5 in ATP tournaments over the first two months of the season, and made the final in Montpellier, France, last month — his first time playing for an ATP title since 2014.

Pospisil, who’s used to spending time on his own as a professional athlete in an individual sport, stated he hasn’t found social distancing to be too difficult yet.

Having to cook his own meals as he practices social distancing in his place could be a bigger challenge for him.

“I’m a horrible cook,” Pospisil said with a laugh. “I’m always on the road so I’m always eating at restaurants, or if I’m home visiting my parents then my mom cooks.

“I’ve only really cooked one time in my life … it was 2011 I think, in Australia — chicken breast with pasta, that was it.

“So I’m going to have to Google some recipes. I have no idea.”