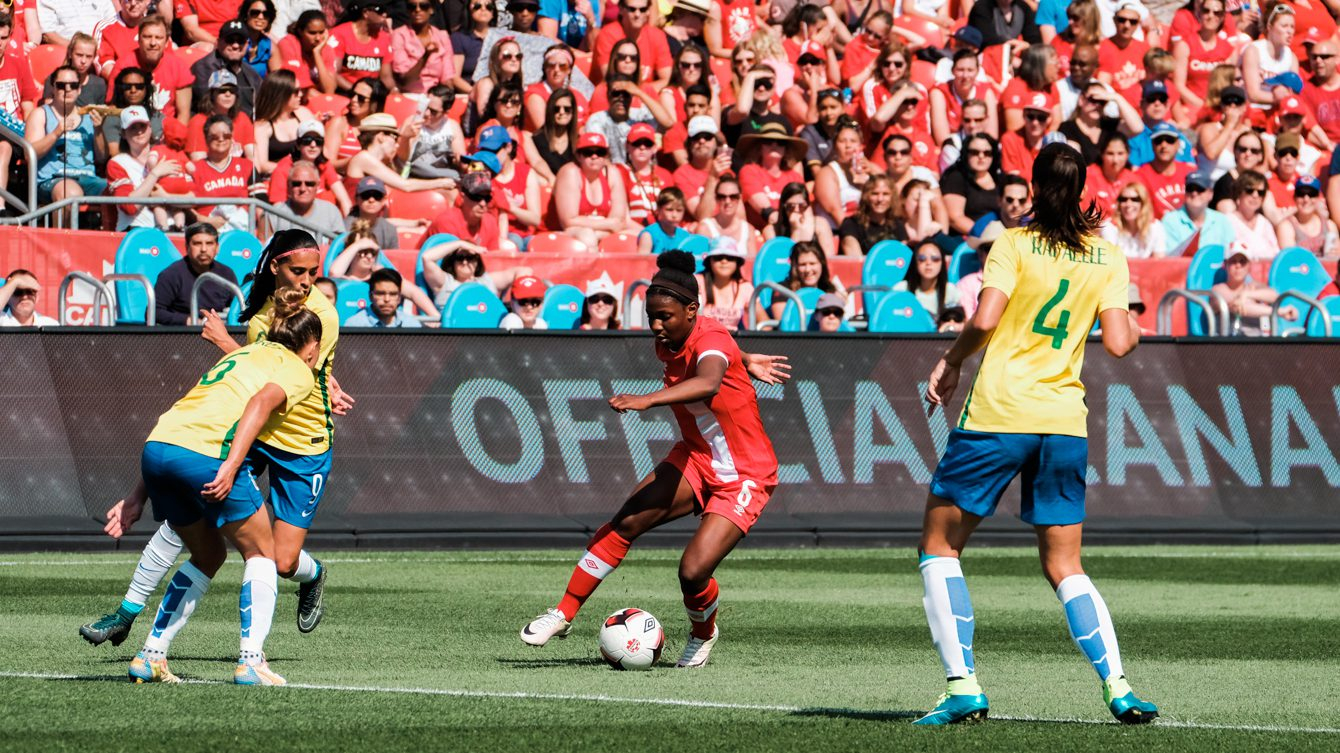 In a span of two short weeks, Canadian soccer striker Deanne Rose went from getting ready for the second half of her senior year at the University of Florida, to being chosen in the first round of the NWSL draft to learning she’d finally be reunited with her Canadian teammates for the first time in almost a year.

Let’s just say 2021 has started off pretty well.  “I’m just really excited,” she said of being drafted 10th overall by the North Carolina Courage and being named to Canadian training camp for the upcoming SheBelieves Cup in Orlando, Fla., an hour-and-45 minute drive south from her collegiate home in Gainesville, Fla.

“It’s going to be pretty emotional. We haven’t been together in so long,” Rose said of seeing her Canadian teammates in person. “I think it’s going to be a kind of ‘coming-home feeling.'”

Not only is it the first time the reigning two-time Olympic bronze medalists from Canada have been together in 11 months, it’s also the first time they’ll be under the watchful eye of new head coach Bev Priestman, who took over the position at the start of October.

Priestman called 29 players to the Feb. 6 camp for the SheBelieves Cup, a four-team invitational tournament featuring some of the top nations in women’s soccer, including FIFA women’s World Cup champions, the United States and No. 8-ranked Brazil. This year, due to Covid restrictions, Canada (also No. 8) took the place of No. 6 England and Argentina (No. 31) is filling in for Japan (No. 10).

The roster will be trimmed to 23 before Canada opens versus its longtime rivals, the U.S. on Feb. 18.

Since making her senior team debut in 2015 at just 16, Rose, a native of Alliston, Ont., has gradually become a mainstay in the lineup and was a member of the 2019 World Cup team.

Known as an explosive, attacking player no matter which position she plays on the pitch, Rose enjoyed a breakout performance in Canada’s bronze-medal match versus Brazil at the Rio 2016 Olympics.