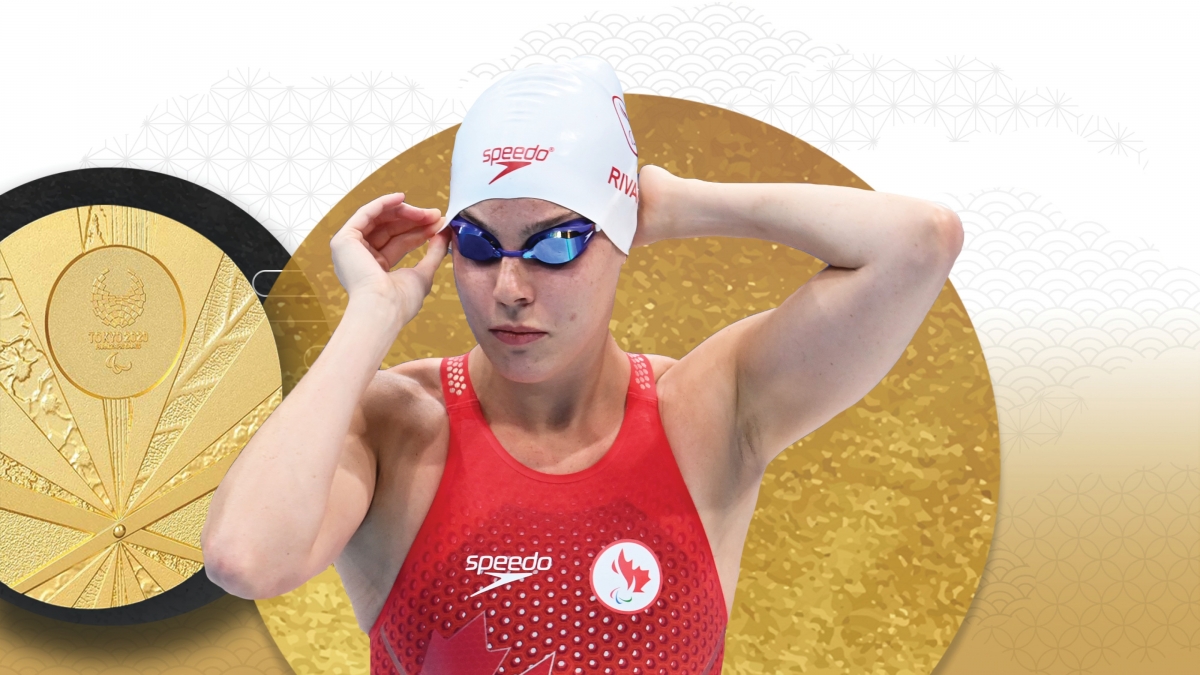 Canada’s Aurélie Rivard has struck gold for a second time in Tokyo, successfully defending another Paralympic title at the Games.

The 25-year-old had a powerful race, obliterating her own world record by concluding with a time of four minutes 24.08 seconds in the women’s S10 400-metre freestyle on Wednesday.

Heading out to receive her gold on the podium, the athlete stated she wondered whether it “might be the last time.”

“Enjoy every second,” she said. “That’s exactly what I did.”

The gold medal is Rivard’s fourth time on the podium in Tokyo, tying the number of medals that she won in Rio 2016.

“My race went great. I really wanted to focus on the technical aspects, like I did in the 100 free,” Rivard said. “When I noticed I was ahead of the other girls, I just focused on the black line at the bottom of the pool and on finishing the race as fast as I could and see if I could lower the world record.

“I’m really happy to have lowered it and to have won the gold medal.”

It’s also the second gold of the day for Canada, the first being captured by Greg Stewart in the men’s F46 shot put.

Rivard, of St-Jean-Sur-Richelieu, Que., was explosive off the start, establishing her lead early on in the competition. Halfway through the race, her competitors fell away.

When she touched the wall, the Canadian defeat her own world record set in 2018 by over five seconds.

The feat also made her a five-time Paralympic champion.  Rivard’s old record was still slightly faster than the time put down by Bianka Pap of Hungary, who earned silver with a time of 4:29.83. Oliwia Jablonska of Poland collected the bronze.