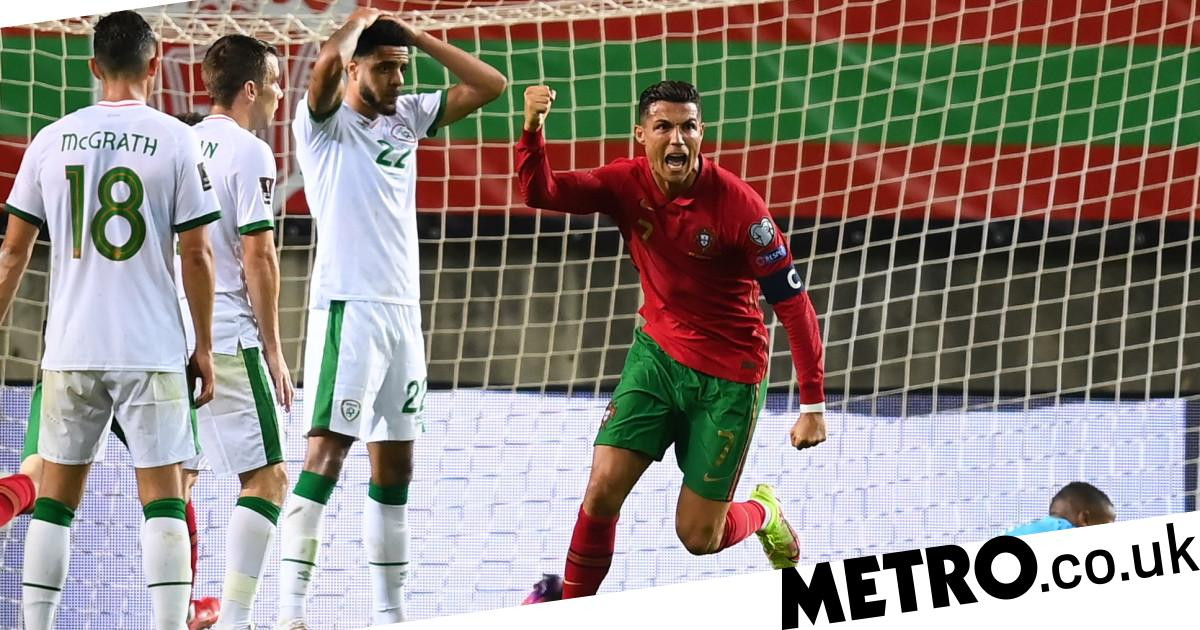 Cristiano Ronaldo became the all-time leading scorer in men’s international football when he headed two late goals to give Portugal a 2-1 comeback triumph over Republic of Ireland in Group A of World Cup Qualifying on Wednesday.

John Egan headed Ireland into a shock lead from a corner on the stroke of half-time after Diogo Jota had hit the post for the hosts.

After the break Portugal struggled to break down a resolute Ireland backline and it appeared that it was going to be a frustrating night for Ronaldo and his side after Bazunu produced a fine save from a free kick late on.

It looked as if it was going to be a frustrating night for Ronaldo and his side before the 36-year-old leveled the scores with a towering header in the 89th minute to surpass Iranian Ali Daei’s record of 109 goals.

Ronaldo then produced a carbon copy in the sixth minute of stoppage time to score goal number 111 and secure all three points for the hosts.

He was booked for removing his shirt celebration, which means he will miss Portugal’s Sept. 7 qualifier in Azerbaijan through suspension.

“I’m so happy, not only for the record but for the special moments with two goals at the end,” Ronaldo stated.

“It was so tough, but we have to appreciate what the team did, they and the fans believed until the end of the game.” The result means Portugal are top on 10 points after four matches, three ahead of Serbia, who have played a game fewer. Meanwhile, Stephen Kenny remains without a competitive win in charge of Ireland, who sit joint bottom of Group A with no points from three games.