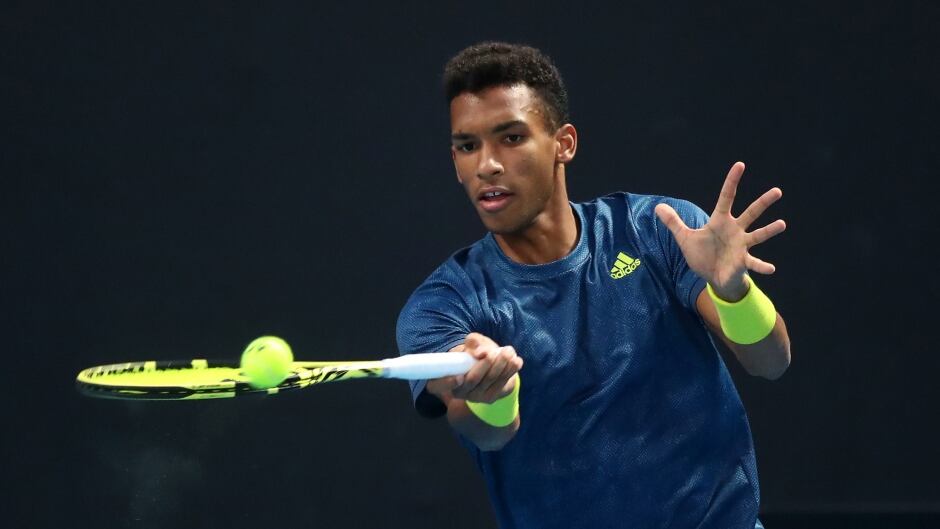 Canada’s Felix Auger-Aliassime earned one of the biggest triumphs of his career Wednesday by topping Swiss star Roger Federer 4-6, 6-3, 6-1 in the second round of the Noventi Open.

It was the first career meeting between the 20-year-old Auger-Aliassime and the 39-year-old Federer, who were born on the same date (Aug. 8) 19 years apart.

“To beat Roger on the grass here in Halle, it means a lot,” Auger-Aliassime said. “It’s a great victory that I’m going to keep in my pocket all my life. It’s great to get that win but of course I want to go even deeper here in Halle.”

Federer, seeded fifth at the tournament and ranked eighth in the world, is considered one of the best players in tennis history, having won 20 career singles Grand Slams. Auger-Aliassime considers Federer his tennis idol.

Federer pulled out of the French Open after the third round last week, saying he wanted to look after his fitness following two knee operations.

Auger-Aliassime, from Montreal, won 88 per cent of points when he got his first serve in at the ATP Tour 500 grass-court event. He faced just one break point, losing it. Federer saved 12 of 15 break points.

The Canadian improved to 4-15 versus top-10 opponents, using his powerful serve and confident ground strokes en route to victory in one hour 45 minutes.

“I tried to make returns and put some pressure on from the start of the first game,” Auger-Aliassime said of his approach in the decisive set. “To be able to get that opening break was really good. It made things a little bit easier after and then to go on and hit that four aces game was the perfect way to start a third set.

“From there, I just kept on going. I just tried to keep doing what I was doing well and it worked.”

Auger-Aliassime closed the match with his eighth ace of the set, pumping his fist a few times in celebration. The Canadian will meet Jan-Lennard Struff of Germany or American qualifier Marcos Giron in the quarterfinals. Federer, who has won 103 career singles titles, has claimed a record 10 crowns at this tournament. He had never lost in the first or second round before at Halle, his favored warm-up for Wimbledon.