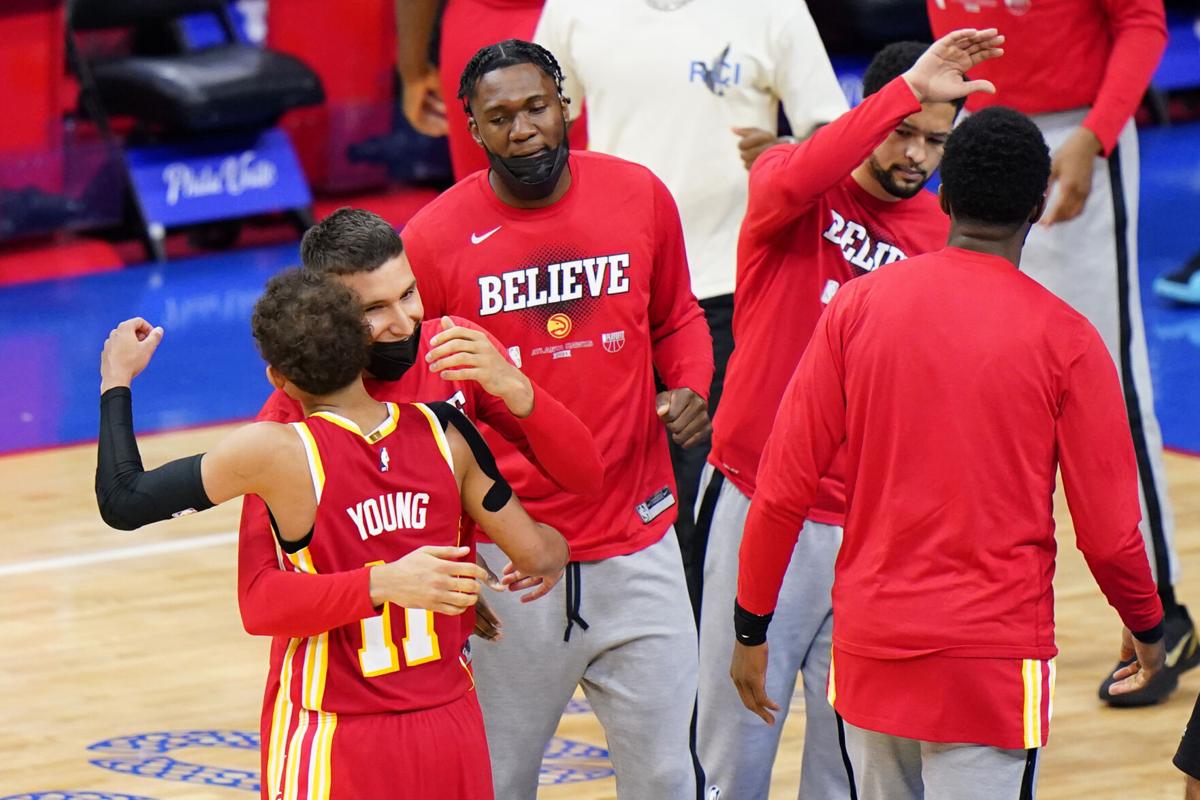 Trae Young and the Atlanta Hawks pulled off a playoff comeback for the ages versus the Philadelphia 76ers to move within a victory of the Eastern Conference Finals.

Young was fouled on a 3-pointer and hit all three free throws with 1:26 left to cap a 26-point comeback and send Atlanta on its way to a 109-106 triumph over the 76ers on Wednesday night in Game 5.

The Hawks won in Philadelphia for second time in the series and can advance to the conference final for the first time since 2015 with a victory Friday night in Atlanta.

Young scored 39 points and added to a postseason where he has become a breakout star.

“We keep fighting no matter what the score is. I’m proud of this team,” Young said. “We have confidence in each other. We all love each other’s company and it shows on the court. We never stop believing until the final buzzer goes off.”

Joel Embiid scored 17 points in the first quarter and had the Sixers on their way toward a romp with a 26-point lead in the first half. They still led 87-69 at the end of the third before they collapsed.

Lou Williams, Danilo Gallinari and Young opened the fourth on a huge run against the Sixers’ second unit and kept attacking once 76ers coach Doc Rivers was forced to put the starters in and save the lead.

Gallinari hit a 3 that made it 87-76 and Embiid sprang from his cool down seat behind the basket and ran to the scorer’s table to check back in the game. He instantly scored and pushed the lead back to 13.

The big shots kept coming for the Hawks — Williams buried a 3 that made it an 11-point game — and Young kept hitting his floaters and his fouls shots.

Ben Simmons, along with Embiid the cornerstone for the Sixers, missed free throw after free throw much as he has for most of the postseason that sped up Atlanta’s comeback.

Young’s floater brought them within two and then he leaned into a 3-pointer and was fouled by Matisse Thybulle. Young, taunted all series by Sixers fans, calmly stepped to the line and buried all three shots. And so it was, 105-104 Hawks.

Patriots owner Robert Kraft sat courtside and saw yet another big collapse — only this one versus Atlanta.

The Hawks led by 26 points in a Game 1 victory and won Game 4 at home on Monday.

Atlanta fans can roll off a lengthy list of infamous collapses in its collective sports history.

Here was a comeback to remember.

Gallinari scored 16 points, Williams had 15 points and John Collins had 19 points and 11 rebounds

Embiid scored 39 points and Seth Curry had 36. Simmons was 4 for 14 from the free throw line and even Embiid missed two big ones down the stretch. Simmons missed two with the Sixers up 104-96 and the Hawks came right down and scored.

Embiid shook off an 0-for-12 finish in the second half of a Game 4 loss with an 8-for-8 start that helped the Sixers grab a 26-point lead in front of a raucous home crowd. Embiid is basically playing on one good leg as he plays through torn cartilage in his right knee.

The injury got the best of him in Game 4. He couldn’t get any lift in his shots — notable in a blown layup late that should have won the game — and his 0-fer in the second half left Philly wondering how hard he could go in Game 5.