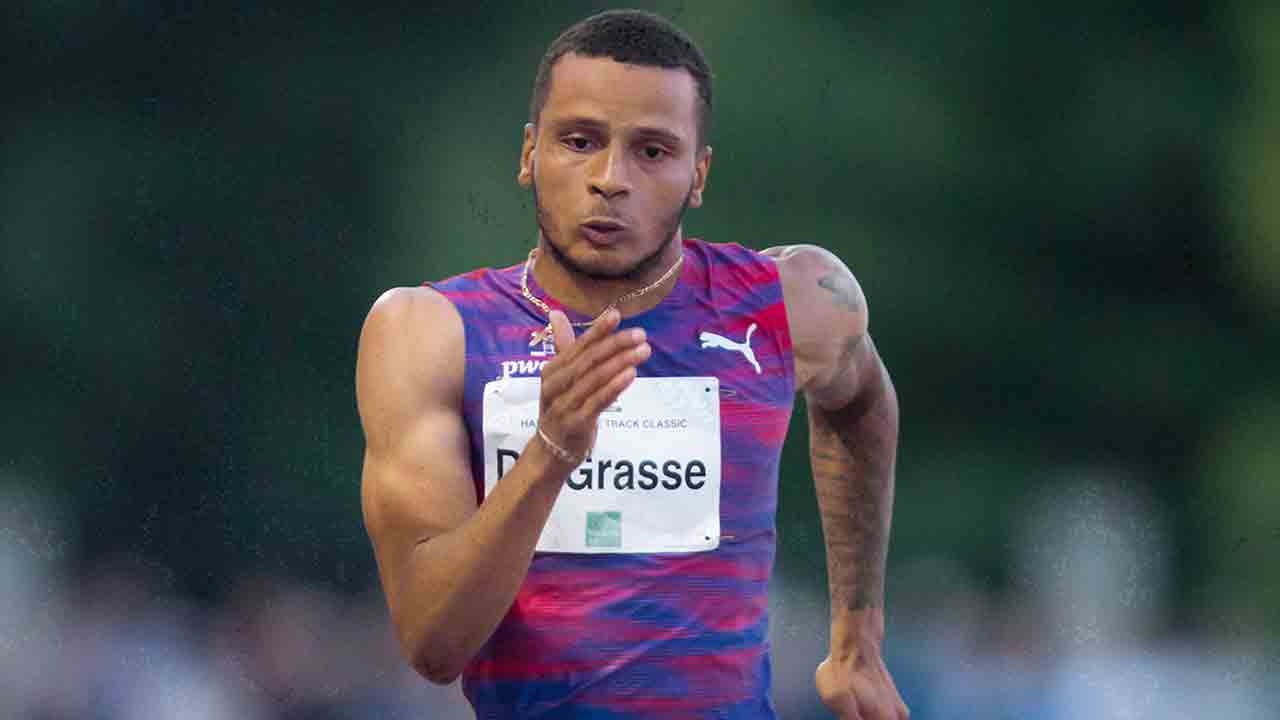 The three-time Olympic medalist from Markham, Ont., ran 9.99 seconds in the 100 metres to finish second at the Tom Jones Memorial Invitational. He was narrowly beaten by American Justin Gatlin (9.98).

Because of the global COVID-19 pandemic, De Grasse has few races under his belt since he won silver and bronze at the 2019 world championships in Doha, Qatar.

However, the 26-year-old, who lives and trains in Jacksonville, Fla., always seems to come through on the biggest stages.

Going back to 2015, when De Grasse burst onto the international track scene with a stunning bronze at the world championships, the Canadian has won a medal in all five individual events he’s entered at the worlds or Olympics.

At the 2016 Olympics, De Grasse relished going toe-to-toe with Usain Bolt and came away with a bronze in the 100 and silver in the 200.

He duplicated those results at the post-Bolt 2019 worlds, showing he’d put two years of chronic hamstring issues behind him.

Since then, there have been few chances for anyone to compete against elite opponents. De Grasse has yet to appear in an official outdoor individual race in 2021, and he’s skipping next month’s World Athletics Relays in Poland (the first global track meet since the pandemic started) as he and his partner prepare for the birth of their second child.

But De Grasse was one of only four men to run a sub-10-second 100 last year and he’s still in his physical prime.  And with Olympic favorite Christian Coleman definitively ruled out of the Summer Games, De Grasse’s probabilities of winning gold in Tokyo look brighter than ever.